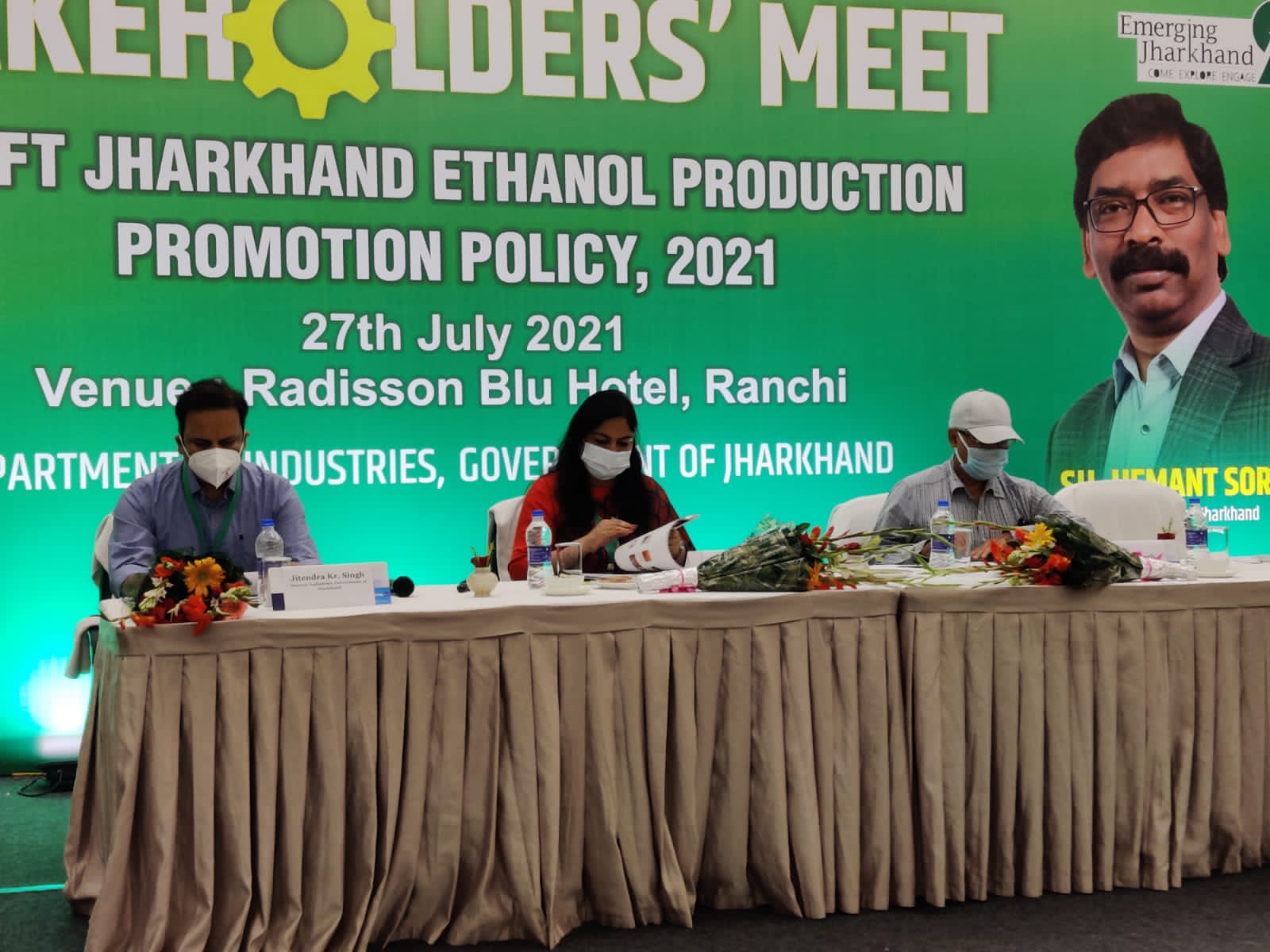 The meet started with Pooja Singhal, Secretary, Department of Industries addressing the stake holders by talking about the policy roadmap of the state government wherein seven policies will be presented for approval within the next 2 months.

She then talked about the advantages of investing in Jharkhand including the locational advantage, Ease of Doing Business, land bank available for allotment and the upcoming industrial parks and SEZs projects.

Singhal gave an idea of the feedstock that can be used for Ethanol production and stated that Jharkhand can easily sustain a minimum of 600 KL/ day of production for the captive market available in Eastern India.

The policy proposes a highly remunerative incentive structure including Capital Subsidy at 25% of Investment made in fixed capital up to Rs. 10 Cr for MSMEs and Rs. 50 Cr for Non-MSMEs. One-time Skill Development Subsidy at Rs 13,000 per employee for the training of employees who are domicile of Jharkhand.

In addition, it plans to provide Employment Cost Subsidy (50% reimbursement for male workers and 100% reimbursement for female workers) of expenditure on account of contribution toward ESI and EPF scheme for a period of 5 years for new units for those employees who are domicile of Jharkhand up to Rs. 1000 per month. She concluded by urging the investors to give their views and suggestions on the policy.

In his welcome note, Mr Jitender Kumar Singh, Director Industries gave a brief overview of the uses of Ethanol and the overall production figures from India. He also highlighted the benefits of Ethanol blending and gave examples from across the world including that of Brazil and the USA wherein Brazil has a molasses-based blending program and the USA has a starch-based blending program.

Mr Singh then proceeded to give Jharkhand’s production of Sugarcane, Rice and Maize and talked about the schemes launched by the Government of India for Ethanol production.

The open Q&A session was well received by the investors and included over 06 sessions. The investors lauded the incentive structures and gave their suggestions.

Before concluding the event, 08 focused B2G sessions were conducted with a select group of large investors to increase the pace of industrialization in the state.

Other officials at the event included Mr Ajay Kumar Singh, Regional Director JIADA, Dr Rakesh Kumar, Deputy Commissioner, Department of Excise, and Prohibition. The event was attended by over 50 investors.