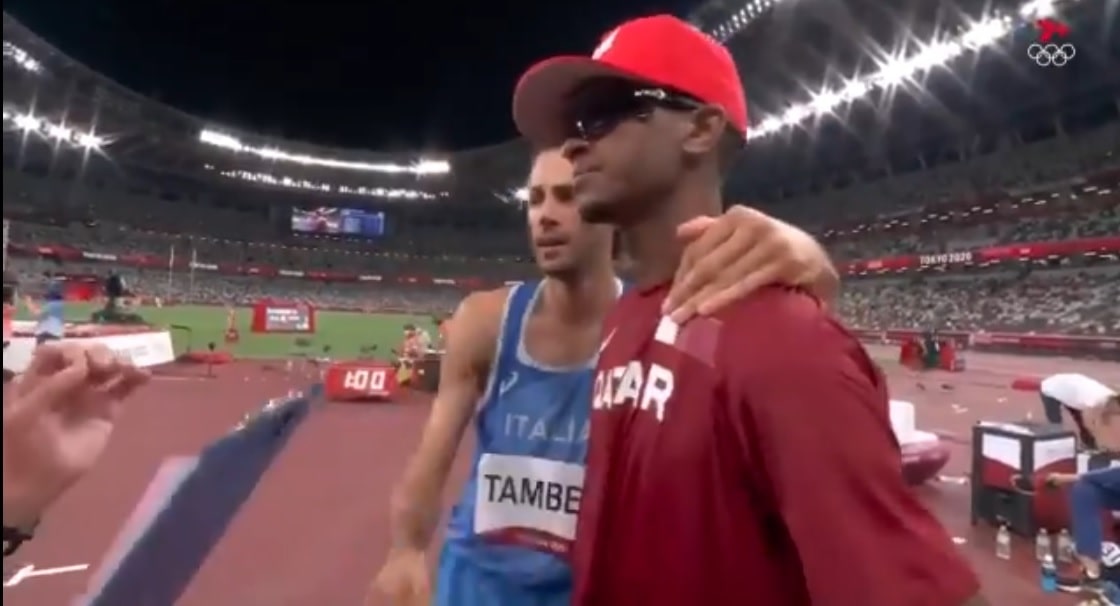 The scene is the final of men's high jump at the Tokyo Olympics. Italy's Gianmarco Tamberi was facing Qatar's Mutaz Essa Barshim in the final.

Both of them jumped 2.37 meters and were on par with each other! Olympic officials gave three more attempts to each of them, but they were unable to reach more than 2.37 meters.

One more attempt was given to both of them, but Tampberi withdrew from the last attempt due to a serious leg injury. The moment when there was no other opponent in front of Barshim, was the moment when he could have easily approached the gold alone!

But Barshim asked the official, "if the gold can be shared between the two of us if I withdraw from the final attempt ?"

The official checks and confirms and says "yes, then the gold will be shared between the two of you". Barshim then had nothing to think about, announced withdrawal from the last attempt.

Seeing this, the Italian opponent Tamberi ran and hugged Barshim and screamed! None of them -one white and another black- were racists. They were super sportsmen who made history.

What is seen in this video going viral on WhatsApp groups, there was a great share of love in sports that touches humans’ hearts across the world.

It reveals the indescribable sportsmanship that makes religions, colors and borders irrelevant !!!