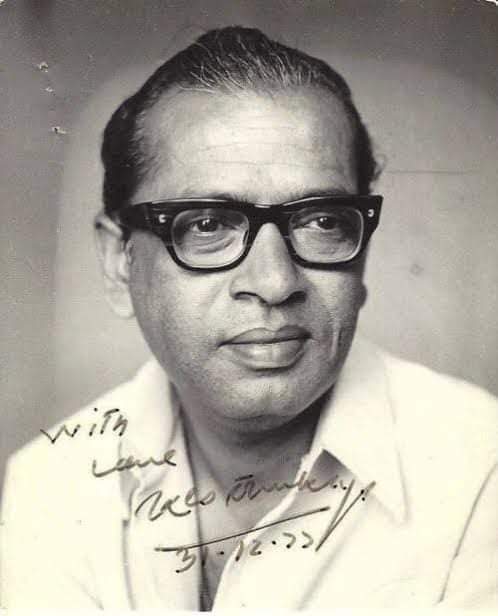 Call him Drunkard man. On his birth (born August 7,1925 in Mumbai and died on March 3,1982 in Calcutta)anniversary,JharkhandStateNews is paying tributes to one of the greatest comedians of Hindi cinema Keshto Mukherjee.

Keshto Mukherjee had attained fame as a "drunkard” man.He specialized in comic, drunkard roles in Hindi films. Though he was famous for his drunkard typecast role, in personal life he was  teetotaller.

It was director Asit Sen who ought to be credited for unearthing Keshto Mukherjee's potential of the patent drunkard acting in ‘Maa Aur Mamta’ (1970). Since then, Keshto fell into a proto-typed trap of drunkard roles, excepting a few of course.

In Mehmood's Bombay to Goa (1971) his role of a dozing passenger was simply superb. In Gol Maal (1979) Keshto Mukherjee's brief role as a drunkard is so arresting. His encounter with Utpal Dutt in the police station is one of the most hilarious scenes. Keshto's performances have left long-lasting impressions.

Though Keshto Mukherjee passed away in 1985, he will remain alive by his brilliant performances in films.