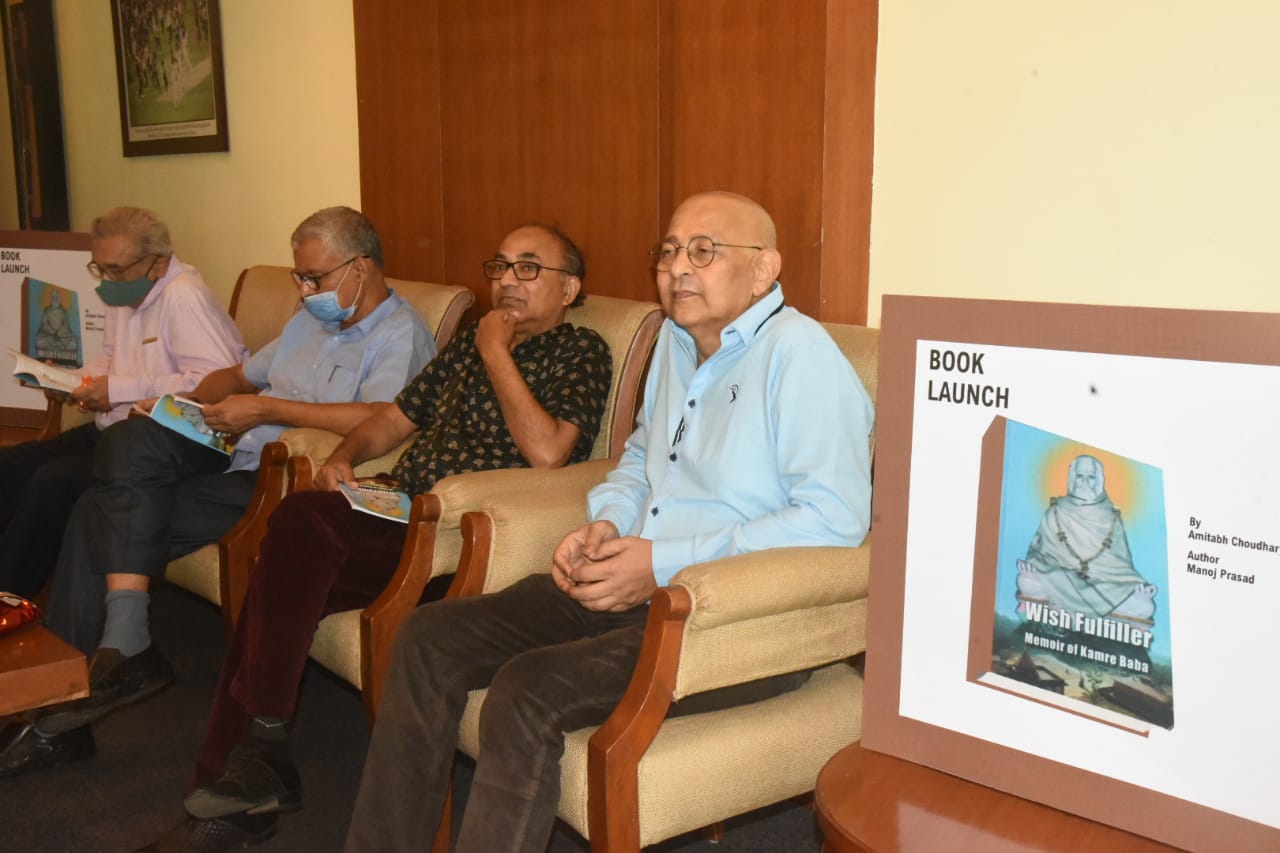 “This is the first book on Kamre Baba. It’s packed with facts”, said Pallavi Lal(42), another devotee who has been visiting Kamre Baba Ashram since her childhood.

Ramesh Singh, another devotee of Baba, emailed his comment. “ Since the author has written its text and supported every statement with recorded documents, its fine reading and learning that a great saint used Raj Yoga to cure ailments, a fact not popularly known”.

The book Wish Fulfiller is dedicated to Kamre Baba. It is published by Sri Kamre Baba Ashram Trust, a registered religious institution of Ranchi.

Giving information in this regard, author of the book- Wish Fulfiller, Manoj Prasad, who is a senior journalist and editor of digital news platform /Jharkhand State News.com, said that this is the first book on Kamre Baba.

Kamre Baba, who was the great saint and master of Raj Yoga. This book is published by Shri Kamre Baba Ashram Trust. Manoj Prasad pointed out that the book is full of research materials collected over a period of more than three decades.

Historically, this book revealed that Kamre Baba had come to Ranchi in 1947 and took Maha Samadhi in 1974 inside Kamre Baba Ashram Trust premises on Ranchi-Ratu Road, 8 km away from the centre point of Ranchi.

Samadhi Sthal is the place where even today the wishes of the devotees are believed to be fulfilled. During his stay in this ashram for 26-27 years he used Raja Yoga to cure ailments and is also credited with successfully fulfilling the dreams and aspirations of many devotees. Apart from this, he also worked to show his strong sense of dedication, commitment and use of charity.

The book Wish Fulfiller comprises 70 pages of four chapters on the memoirs of Kamre Baba. Desk of Param Guru, Aashram, Program and Devotees. The book, written in English and Hindi, contains facts, letters and photographs for the authenticity of every story told on Kamre Baba.

It is printed at Setu Printer and it’s a foreword written by Sri Harivansh, the Deputy Chairman of the country's upper house, Rajya Sabha.