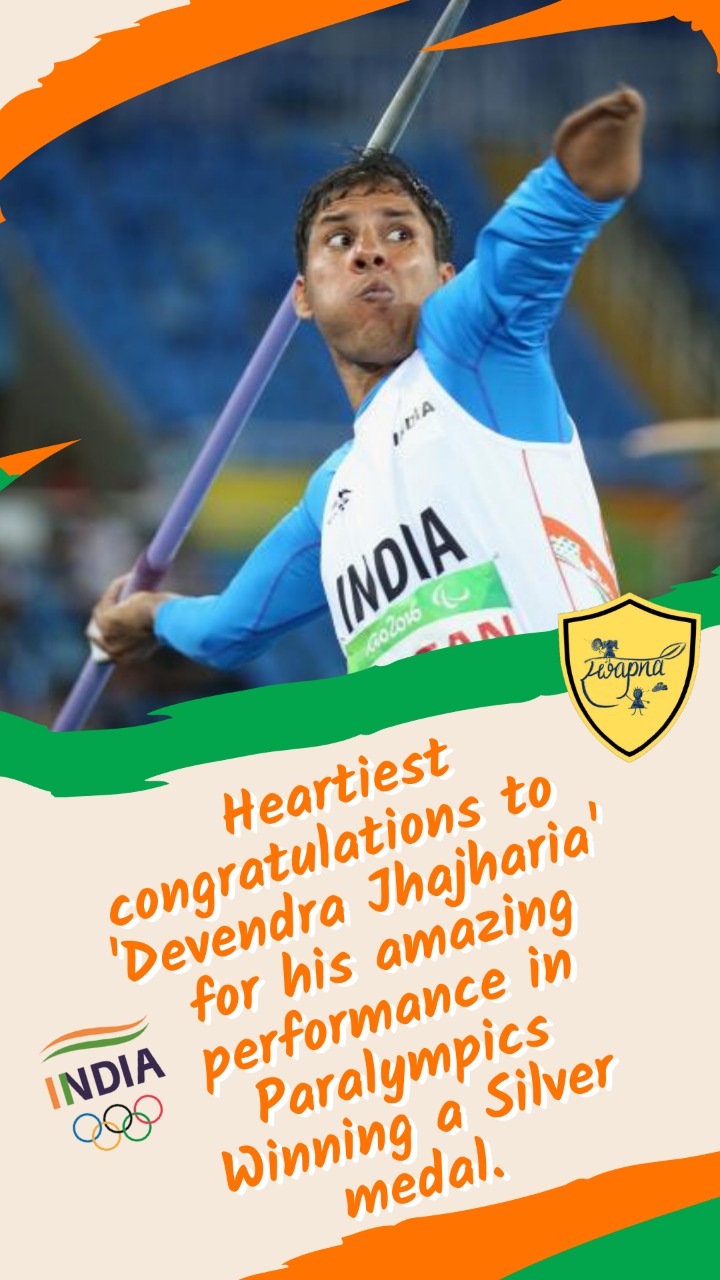 Three medal winners in Tokyo Paralympics 2021  Avani Lekhara,Devendra Jhajharia and Sundar Singh Gurjar have one thing in common. They are  Assistant Conservators of Forest in Rajasthan.

However. Wrestler -turned -javelin thrower Sumit Antil who scripted history by winning gold with a world record effort of 68.55 m in F64 event today Monday is from Haryana.

Earlier in the day, shooter Avani Lekhra also created history as she became the first Indian woman to win a gold medal at the Paralympics,firing her way to the top of the podium in the T-2 women’s 10 m Air Rifle Standing SH1 event.

Discus thrower Yogesh Kathuniya clinched a silver medal in the men’s F56 The 24-year-old, a B.Com graduate from New Delhi's Kirorimal College, sent the disc to a best distance of 44.38m in his sixth and last attempt to clinch the silver.