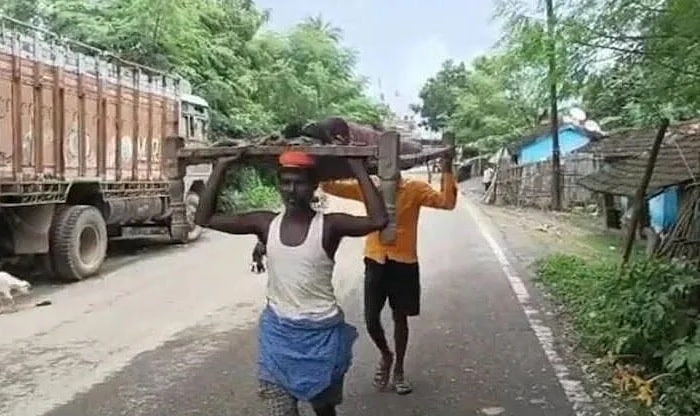 *In absence of Ambulance in Barhait Assembly Constituency represented by Jharkhand CM Hemant Soren, an ailing woman was taken to hospital on a cot on heads of her relatives. Picture courtesy senitelassam.com

Believe it or not, a poor woman was compelled to be carried by her family members on a cot for 12 kilometers as the road connectivity was poor in the area and had no ambulance service.

This incident has taken place at Gadai Diyara Village in the Sahibganj district of Jharkhand. The area falls in the Barhait Assembly constituency of Hemant Soren.

The woman was allegedly being carried to the Sadar hospital by her family members on a cot as there was no other choice for them, reports a web portal sentinelassam.

JharkhandStateNews has gained reports stating that the family members of this ill woman had called the emergency helpline number 108 seeking an ambulance after the woman's health deteriorated.

“To our disappointment, we were told were that there was no ambulance available. As a result, we carried on a cot.