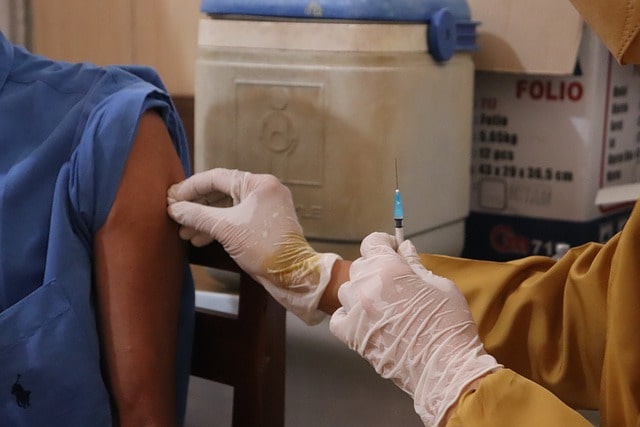 The Union Ministry of Health and Family Welfare is running the 'Vaccine Seva' campaign. Under the campaign, India achieved a new record by administering over two crore Covid-19 vaccine doses in a single day.

The day was the birthday of PM Narendra Modi on Friday.As a part of this campaign,Shri Mansukh Mandaviya, Union Cabinet Minister, Health and Family Welfare, Government of India visited Safdarjung Hospital, New Delhi to take stock of the ongoing vaccination.

During his visit, the country had already crossed the figure of 2 crore vaccines administered in a single day till 5 PM IST.

On this occasion, the Health Minister paid the tribute to Prime Minister Sh. Narendra Modi and said “Under his remarkable leadership the country has again achieved a new vaccination milestone”. The Minister expressed his happiness and raised his fist in the air and said “we have done it”.

The Minister also congratulated the health workers who have played a significant role in vaccinating more than 2 crore doses in a single day and said, ‘Due to your efforts, the country was able to achieve this milestone’. Mansukh Mandaviya celebrated this historic achievement with all the health workers engaged in the vaccination campaign at Safdarjung Hospital, New Delhi.

While addressing the media, the Minister thanked all the health workers and said, 'Thank you All Health Workers and Well Done India'.