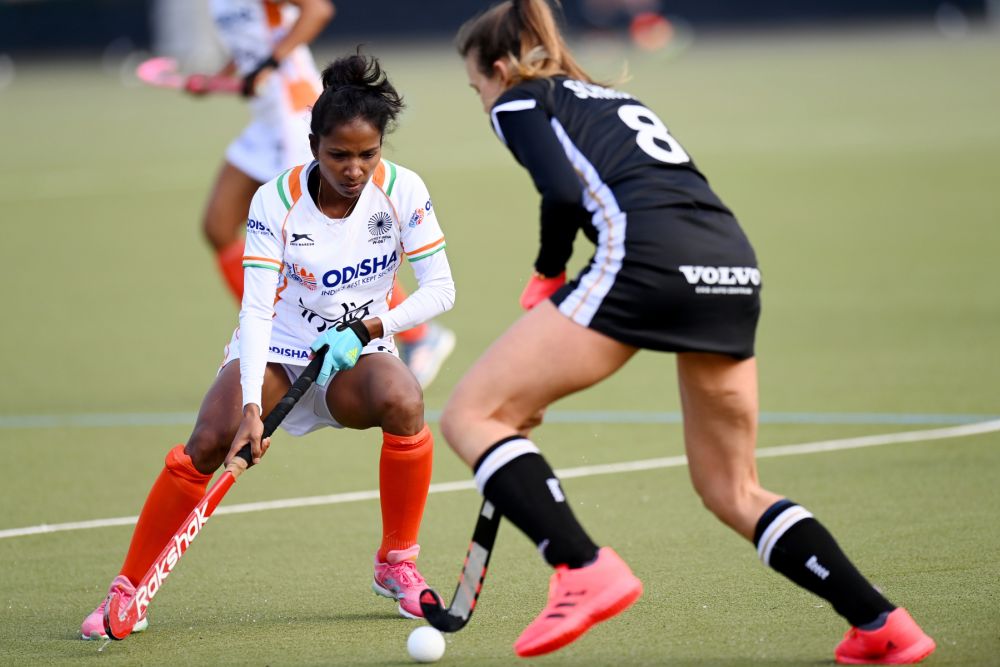 Ace defender Nikki Pradhan, says that the main aim of the Indian women's hockey team is to become the best side in the world but admitted that "We still have a long way to go". Nikki who has played 112 matches for the national side, maintained that it "is very important for us to build on our fantastic performance at the Tokyo Games"

The Women's  Team recorded its best-ever finish at the Olympic Games (fourth place) earlier this year.

Talking to Hockey India, the 28-year old-defender said "I think the way we fought against the best teams in the world showed our hunger and determination to do well at the biggest of stages.

"However, we still have a lot to prove in the future. It's very important for us to build on our fantastic performance at the Tokyo Games and keep becoming better as a side with each match we play in the future,".

Talking about the team's future targets, Pradhan said, "We are definitely looking to win as many tournaments as possible. Our number is going to take it one tournament at a time and focus on building our skills on the pitch.

"We definitely have the talent to take on any side in the world at the moment,"

Nikki said that the team is working on a few aspects which they had noted down during the Olympics.

"It's very important for us to learn from our mistakes and we are focussing on all the mistakes we made at the Tokyo Games during our current National Coaching Camp.

"It's great to be back in camp (in Bengaluru) after a break and building ourselves as players again. We noted down some key aspects during the Olympics that we need to work on and we are working on each one of them one by one during the National Coaching Camp,"  she added.