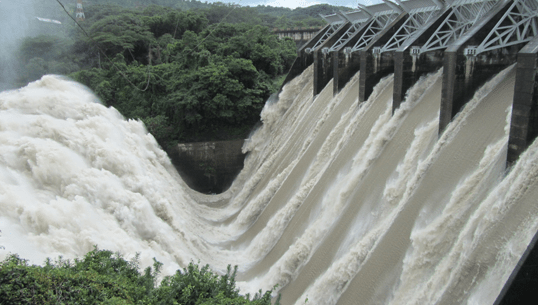 A "Dispute Avoidance Mechanism" through 'Independent Engineer' (IE), has been approved by the GoI.

The approval was given by the Union Minister of Power, New and Renewable Energy Shri R K Singh. Being put in place for Construction Contracts of CPSEs executing Hydro Power Projects, it mandates the appointment of 'Independent Engineers'-a mechanism of an independent, third party, widely used in major infra projects, nationally as well as internationally, engaging an IndependentEngineer for the specific project who is an "Expert" having domain knowledge of the subject as well as commercial and legal principles.

This ‘independent engineer’ can have regular oversight over the project, with open communication with all the key stakeholders that can play an effective role in the avoidance of disputes. This mechanism seeks to reduce the conversion of initial disagreements over issues into full-fledged disputes, and also for expeditious elimination of disagreements in a just and fair manner. This will help avoid time and cost overruns so as to ensure timely completion of the Projects.

The Hydro CPSEs had been raising concerns that the present mechanism of dispute resolution in Hydro Power sector did not provide adequate framework to address the conflicts between the Employer and the Contractor at their inception stage but only addresses it after the disputes have arisen and notified between the Parties. A Committee of board level Officers was constituted to study the field level issues and the difficulties in arriving at the resolution of these issues. The Committee submitted its report which was deliberated in the Ministry during which CEA and Board level officers of Hydro CPSEs too participated.

The committee observed that delays in addressing disagreements or claims related to execution of Contracts actually results in significant financial and economic losses besides time and project cost over runs. Fair and just resolution of disagreements related to Contracts at inception stage, is key to successful performance of the contract as per scheduled timelines leading to both effective utilization of budget and prevention of time and cost over runs.Salient features of the model contract provision for "Dispute Avoidance Mechanism" through 'Independent Engineer' (IE) are as under:

process.Further, any changes in the panel shall only be made by the Ministry and the Ministry shall also keep updating the panel at regular intervals.