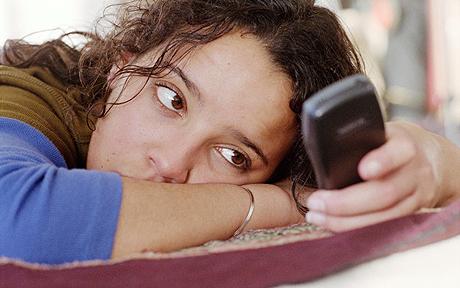 Rina is facing a harsh reality.After she got her cell phone recharged from a service provider last week,she has been getting calls from unknown callers.Since she was not picking up these calls,she has been geting SMSs,each with indecent text purported to harass her sexually.

Rina is not a strange case.Like her there were many girls in Ranchi who had received indecent SMSs from unknown Romeos.Most of them had come from far flung areas in Jharkhand to study in colleges in Ranchi.They lived in hostels or lodges.

“When I refused to pick up the call,the caller threatened that he will inform her parents that I am entangled in love affairs”,cribs Sheela.

In Ranchi,there is a police station for women.Its number is 0651-2210533.The anti Eve Teasing cell has come out with a cell number-9431700003.The Officer in Charge of this police station Helen Soy admits that the girls who lived in hostels and lodges,were being teased on phones.Many of them were in distress,she says.

“When we receive the complaint,we try to dissuade the Romeos not to tease these girls on cell phones”,said Soy adding:”if any girl still feels the Romeo had not stopped sending the objectionable SMS,she should contact us.”