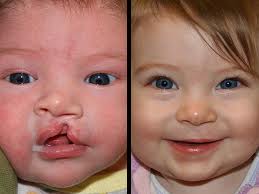 Operation Smile (OS) is a global humanitarian NGO dedicated to providing free treatment to children born with cleft lip and palate deformities with the help of thousands of volunteers as well as a number of medical experts around the world.They support their noble cause.

OS India was established in 2003. Globally OS has treated over 145,000 children in 51 countries including more than 12,000 medical evaluations and more than 7,700 surgeries by OS India.

TMH is the premier hospital in Jamshedpur and one of the most reputed in Eastern India treating the citizens of the area for more than a century. The hospital prides itself in handling the highest loads in Jamshedpur at all times with a 1,000 strong dedicated professional staff handling more than 13 Lakh out-patients, 56,000 in-patients and with an 85% average occupancy throughout the year. TMH is the natural collaboration partner for Operation Smile.

In Jamshedpur, Operation Smile has held three camps (based on the international mission model) in collaboration with Tata Steel Rural Development Services (TSRDS) since 2009 where a large number patients were screened and many were selected for treatment at Tata Main Hospital (TMH) which provided the logistical support for the initiative.

OS set up an operations centre in Tata Main Hospital, Jamshedpur in early February 2013. Between 1 February 2013 and 19 April 2013, the OS centre has screened 60 patients and surgically treated 46 patients. The patients who have not been operated upon have been diagnosed with associated medical conditions which are to be rectified before surgery. Two sample cases from the patients who have been operated are given below.

1. Samredi Kumari is a 6 month old girl child from a village Ramgarh, Jharkhand born with a cleft lip and cleft palate. Her parents were very concerned about her future living with this deformity especially being a female child. A local hospital offered some hope by informing them to approach TMH Jamshedpur where Operation Smile provides free cleft surgeries. The patient was brought to Jamshedpur in first week April and came to the Tata Main Hospital where they were overjoyed when they were told that the child could be given surgery for the cleft deformity. The child was operated upon and the family is extremely happy with the transformation to their child and is now looking forward to getting her the palate surgery in the next one year.

2. Ganesh Gorai is a 7 year old son of a daily wage laborer from a village in East Singhbhum, in the State of Jharkhand. He is the third among four siblings and is the only one with a cleft lip. His parents did not know what to do with the child and were unaware if any treatment is possible. Ganesh was apprehensive of going to his school as other children in his class ignored him and would not play with him or talk to him because of his visible deformity. It was only when a member of the TSRDS team met with his family they became aware of a solution but was apprehensive about the cost of surgery. They were delighted when TSRDS told them about Operation Smile and the fact that their child would receive free of cost surgery at the Tata Main Hospital, Jamshedpur. Ganesh received surgery in the middle of March at TMH Jamshedpur and his parents were delighted with the change they saw in their son. Ganesh now mixes with other children at school and plays with them. His parents are very happy with chance their son has received for a normal life.