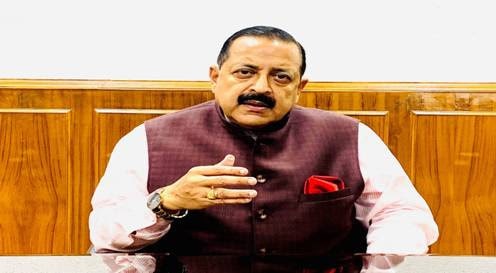 Union Minister of State (Independent Charge) Science & Technology, said that the Government will be setting up 75 Science Technology and Innovation (STI) Hubs in different parts of the country, exclusively for Scheduled Castes (SCs) and Scheduled Tribes (STs), which will not only promote scientific talent but also contribute to socio-economic development of these communities.

After a high level review meeting with senior officials of Department of Science and Technology (DST) here, the Minister said, in the last two years, 20 STI Hubs (13 for SCs and 7 for STs) have already been established by DST which will directly benefit 20,000 SC and ST population through various interventions spreading across farm, non-farm, other allied livelihood sectors and various livelihoods assets like energy, water, health, education, etc.

Dr Singh said, the decision has been taken in tune with Prime Minister Narendra Modi’s vision and resolve to handhold the weaker sections and raise them at par with other sections of society, so that all could collectively contribute to take India to new heights in the next 25 years.

Referring to Prime Minister's address from the Red Fort on 75th Independence Day, the Minister said that along with the concern of fulfilling the basic needs, reservation is being ensured for the Dalits, Backward classes, Adivasis and also the poor people from general category. More recently, in the field of medical education, reservation has also been ensured for the OBC category in the All India quota and by formulating a law in Parliament, the right to make their own list of OBC has been given to the States, he added.

He said that Science Technology and Innovation (STI) Hubs being established by the Department of Science and Technology (DST) will develop, nurture and ensure the delivery of appropriate and relevant technologies for inclusive socio-economic development through creation of sustainable livelihoods for the SC and ST population in tune to their growing aspirations. The Minister said, the training and skill development programmes under the STI Hubs will build the Science Technology and Innovation (STI) Capacities and Capabilities among SC/ST population. The STI Hubs also improve the Indigenous Knowledge Systems (IKS) through inputs of S&T and converting them to appropriate technologies for creating better livelihood options, he added.

The Minister said, STI hubs will have mainly three-fold objectives: a) To address the weakest linkages in the predominant livelihood systems through Science & Technology (S&T) interventions b) Creation of social enterprises based on the strengths in livelihood systems c) To improve the Indigenous Knowledge Systems (IKS) through inputs of S&T for strengthening the livelihoods.

The STI Hub established by CSIR – Institute of Microbial Technology (IMTECH) in Union Territory of Ladakh is integrating Information Technology (IT) with health diagnostics and developing the skill of ST youth in IT. The Center is developing IoT based Point of Care Devices (PoCD), E-diagnostics and Smart Diagnostic Technologies for transmitting real-time observations to medical experts which will largely benefit the ST population of the region.

The STI Hub established in Sidho-Kanho-Birsha University, Purulia, West Bengal is catering to the needs of ST population belonging to 34 villages in 15 blocks of 7 districts of West Bengal, Jharkhand and Odisha. The interventions include development of water filters using nano materials, production of aromatic oils, establishment of germplasm of various medicinal plants to develop niche products and development of social enterprises. 2296 persons now have access to clean and safe drinking water and 1410 persons have access to health care facilities and improved nutrition.