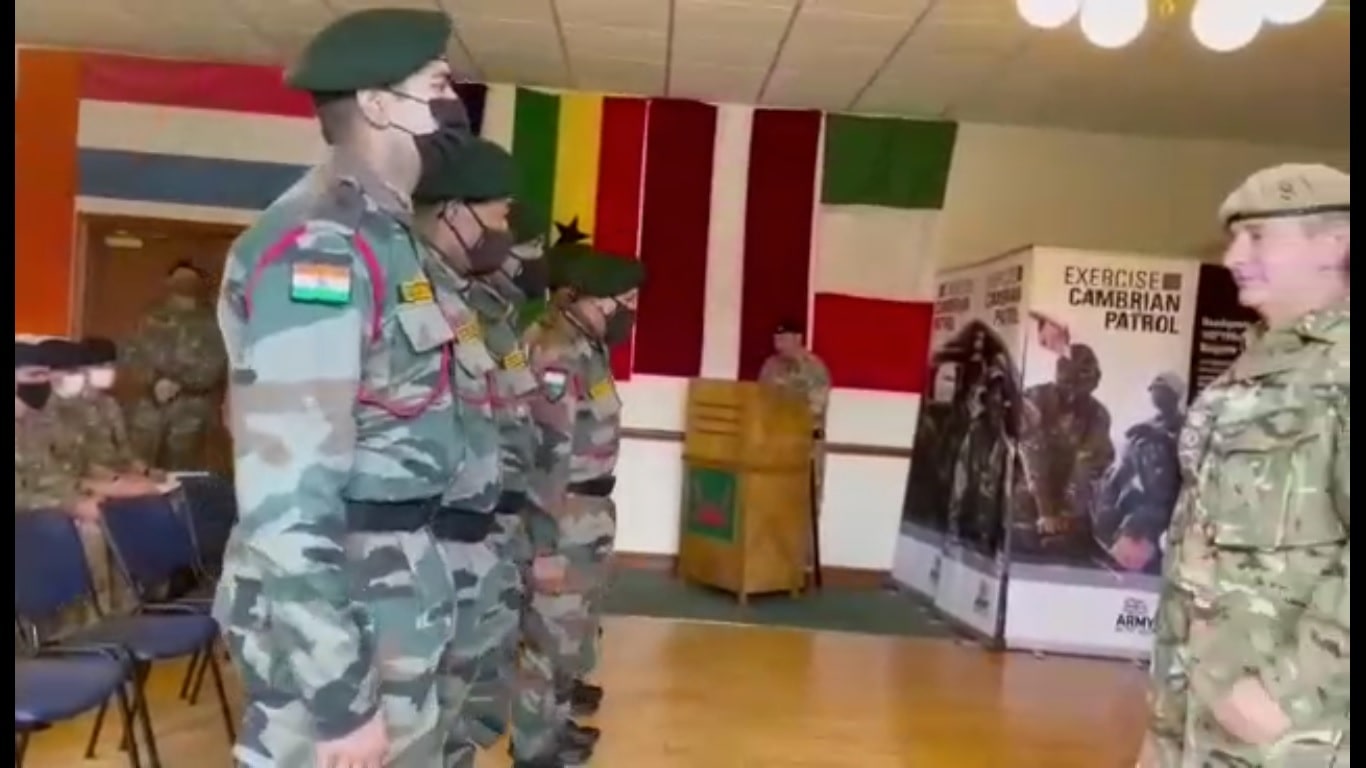 The Indian Army team participated in the event and competed against a total of 96 teams which include special forces and some infantry regiments of all countries around the world.

The Indian team was complimented for its excellent skills in Navigation, delivery of orders and overall timings for the Patrol. The Indian team captain said that his team stuck to the basics of tactics & patroling that the Indian Army follows which won accolades by all the Judges.

The award ceremony was visited by Gen Sir Mark Carleton Smith, the Chief of General Staff of the UK Army, who presented the Gold Medal to the entire Indian Army team. Another dignitary Brig Vikramjeet Gill, Military Advisor of High Commission of India, London also attended this prestigious event.

Out of 96 participants, only two international patrols have been able to win a gold medal.