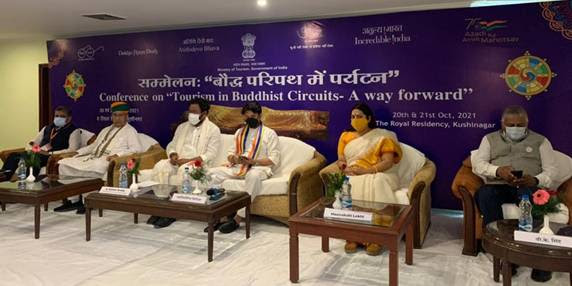 On the occasion of the inauguration of Kushinagar International Airport, Uttar Pradesh, the Ministry of Tourism has organised a two days’ conference titled “Tourism in Buddhist Circuit – A way forward” on 20th & 21st October 2021 at Kushinagar.

On this occasion, Secretary Tourism, GoI Shri Arvind Singh; Director-General of Ministry of Tourism Shri G K V Rao and other officials of the Ministry were also present.

After the inaugural session, an interactive session with the tourism stakeholders, media, etc. was held which resulted in a number of valuable suggestions from the stakeholders as well as the Ministers. 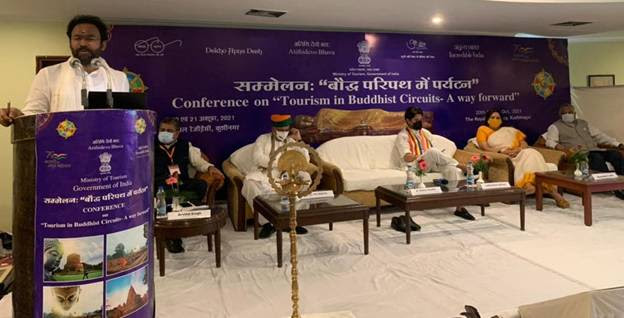 During his address, Shri G Kishan Reddy highlighted the Buddhist circuit around Kushinagar, Sravasti, and Kapilvastu that is being developed as a part of the SWADESH Darshan scheme. He also spoke about several Buddhist circuit projects that have been undertaken in other parts of the country such as Madhya Pradesh, Bihar, Gujarat and Andhra Pradesh which are already nearing completion. Union Minister also spoke about the high priority being given for the development of courses on Buddhism through various specialised institutes in India such as the Central Universities of Tibetan Studies, Sarnath, the Central Institute of Buddhist Studies, Leh, the Nava Nalanda MahaVihara, Nalanda, Bihar and the Central Institute of Himalayan Culture Studies, Arunachal Pradesh.

Talking about the efforts made by Prime Minister Sri Narendra Modi Shri Reddy added, “Our Prime Minister has taken it as his dharma to strengthen India's ties with Buddhist countries and the inauguration of the Kushinagar international airport is another step that will facilitate the travel of Buddhist monks and pilgrims around the world to visit this revered site associated with Lord Buddha.” 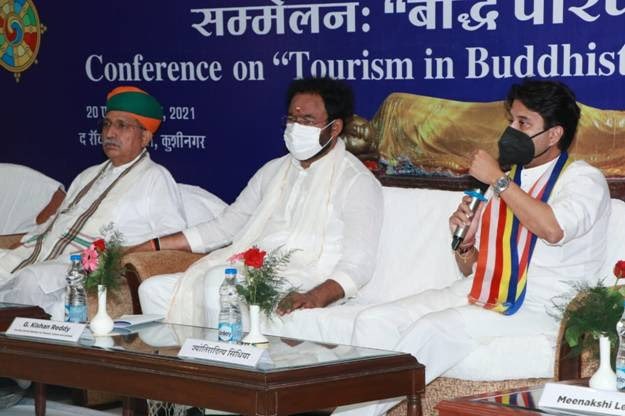 Shri Reddy said that Tourism is one of the sectors which was the first and worst affected by the covid pandemic. However, signs of revival have been very encouraging especially in the hilly states. “Ministry of Tourism has started focusing on more infrastructure-related initiatives. To provide relief to the tourism stakeholders, a loan scheme has been finalized and published under which the approved tour operators are eligible for a loan up to Rs. 10 lakh and approved guides (Regional Level guides as well as guides approved by state Government) will be eligible for a loan of Rs. 1 Lakh”, Minister added. Shri Reddy further said that a comprehensive National Tourism policy is under consultation process and will be finalized very soon. He encouraged the stakeholders to participate in establishing the brand image of India as a holistic destination.

Union Minister for Civil Aviation Shri Jyotiraditya M. Scindia discussed the importance of the Civil Aviation Department and Tourism department in reviving the economy of the country. Shri Scindia emphasised on Prime Minister Shri Narendra Modi’s vision of equal distribution of facilities such as flight connectivity through schemes like RCS UDAN, for every strata of the society. Shri Scindia also gave statistical evidence regarding the fact that the Employment multiplier effect in civil aviation, as well as tourism, is very high. The Ministry of civil aviation is spearheading a campaign to facilitate better penetration of aviation to smaller destinations. 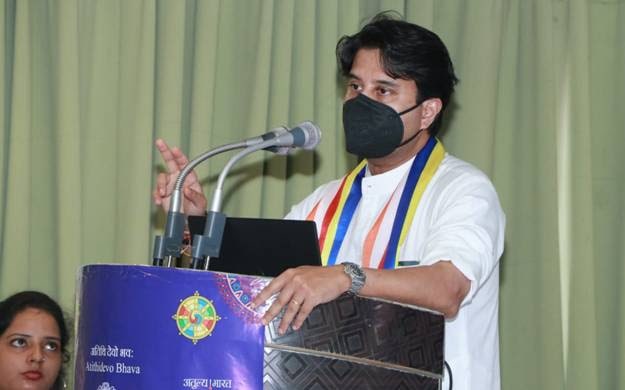 India has a rich ancient Buddhist Heritage with several important sites associated with the life of Lord Buddha. India – The Land of Buddha has tremendous potential to draw Buddhist followers / Scholars across the world. The Indian Buddhist Heritage is of great interest to the followers of Buddhism the world over. Kushinagar is one of the major pilgrimage centers for Buddhism followers. Lord Buddha attained Mahaparinirvana in Kushinagar which is one of the most important archaeological sites in India. The prime tourist attractions in Kushinagar include the ancient Mahaparinirvana Temple- one of the most sacred shrines for Buddhists, Rambhar Stupa, Kushinagar Museum, Sun Temple, Nirvana Stupa, Matha Kuar Shrine, Watt Thai Temple, Chinese Temple, Japanese Temple etc.

The fully functional international airport at Kushinagar will boost tourism as well as a pilgrimage from the Buddhist countries as a huge number of followers of Lord Buddha will be able to visit this significant place, known for Buddha’s Parinirvana (the place where Buddha breathed his last).  The tourism opportunities for Kushinagar are expected to increase substantially after the upgraded airport is functional and ready to handle international flights. In addition to providing a major boost to the Buddhist pilgrimage circuit in Uttar Pradesh and Bihar, it will enhance the volume of tourism and hospitality in the region, especially the services catering to the high-end segment of the inbound tourists coming from Sri Lanka, Japan, Taiwan, South Korea, China and Southeast Asian countries. 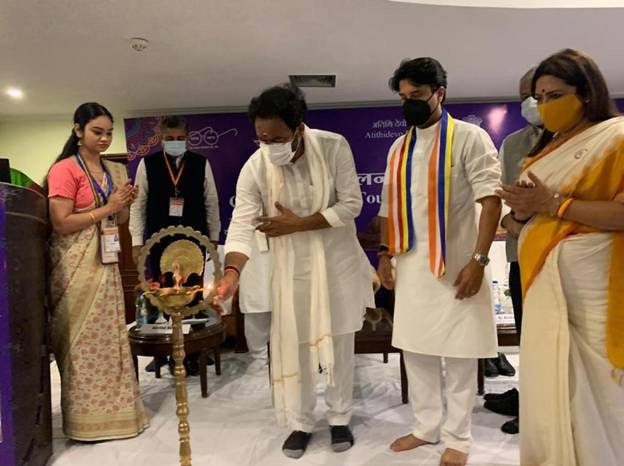 Apart from boosting tourism in the region, the International Airport at Kushinagar would enhance the infrastructure of the Buddhist circuit at a world-class level and augment the development of the eastern part of Uttar Pradesh, containing the most important site related to Lord Buddha. With the Ministry’s Incredible India Tourist Facilitator Program, a large workforce of high quality is also being produced to help tourists enhance their travel experience.

Reiterating the commitment of the Government to promote and highlight the rich heritage of Kushinagar and the Buddhist Circuit as a whole, the Ministry of Tourism has organized a conference on “ Tourism in Buddhist Circuit – A way forward” .The two days conference will have sessions that will highlight Buddhism in a broader way and will also gather inputs from tourism stakeholders, scholars & media and utilize the same for chalking out the way forward to convert the circuit into an unforgettable experience for the visitors.

These collective efforts are expected to culminate in a major fillip to the tourism sector in the region and will generate direct and indirect employment at a large scale.