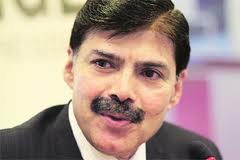 Review crimes and Naxalite violence.Attend meetings called by DIG and IG separately every month.Prepare report on special petition.Send reply to querries raised by senior officers from DIG to DGP.Supervise and direct subordinate officers on incidents of crime.Set up team for nabbing the criminals.Deploy officers to maintain law and order.

Not even 007 James Bond can do these works,feel many SPs of Jharkhand today.And under the pressure of these job responsibilities,the captain of the police at the district is unable to devote time to carry out anti Naxalite operation,according to a report prepared by Governor’s Advisor K.Vijay Kumar.

Kumar’s report based on the feed back he had received from many SPs in Jharkhand,has offered mainly main recommendations to the state government:

Special Action Team headed by SP be set up for anti Naxal operation at the district level;SIT should run the anti Naxalite operation in league with Central para military forces;Those personnel who were deputed in JAGUAR should be posted back at their parent departments;and the personnel of JAGUAR be part of SIT.