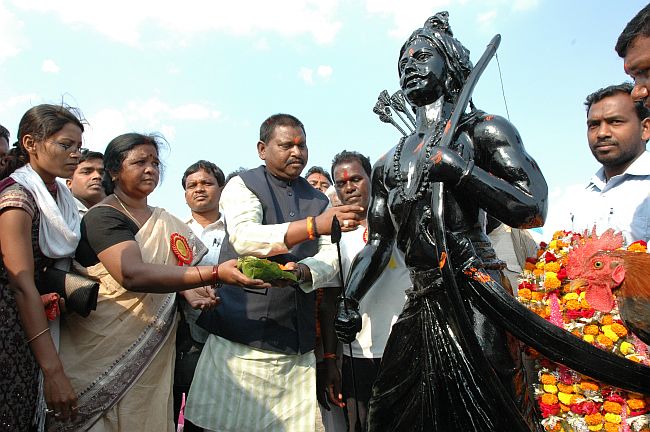 This is his first statue in Jharkhand.”We are here to salute the king who ruled vast parts of Chotanagpur in ancient times”,said former CM.

The statue nearly seven feet heigh and weighing nearly 700 kgs stands on the foothills of Sutiyambe hill in Pithoria,8 km from Ranchi.

Rai’s predecessors ruled the area till the British subjugated them in nineteenth century.