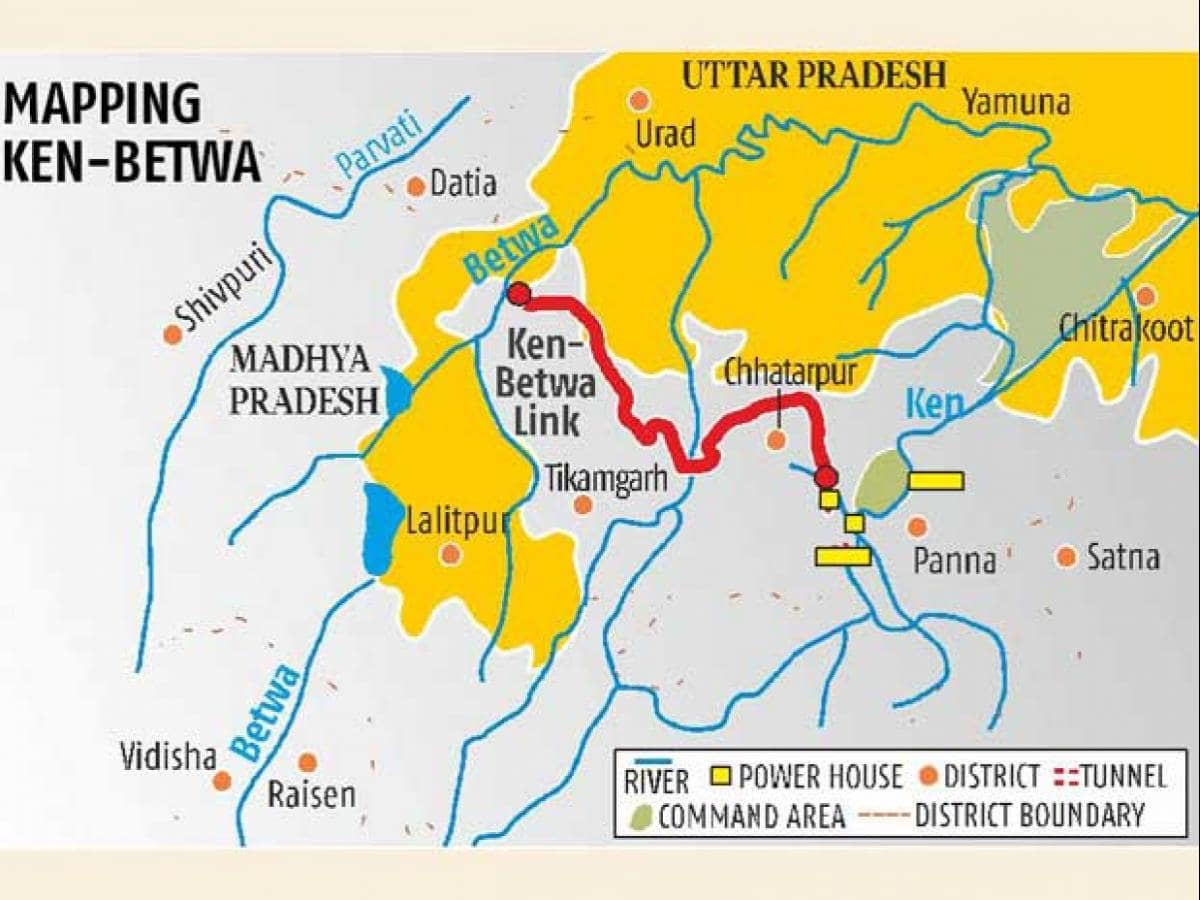 The Union Cabinet chaired by Prime Minister Shri Narendra Modi, today has approved the funding and implementation of Ken-Betwa inter-linking of rivers project.

The project will pave the way for more interlinking of river projects in India and also showcase to the world our ingenuity and vision.

This project involves the transfer of water from the Ken to the Betwa River through the construction of Daudhan Dam and a canal linking the two rivers, the Lower Orr Project, Kotha Barrage -and Bina Complex Multipurpose Project. The project will provide annual irrigation of 10.62 lakh ha, drinking water supply to a population of about 62 lakhs and also generate 103 MW of hydropower and 27 MW solar power. The Project is proposed to be implemented in 8 years with state-of-the-art technology.

The Project will be of immense benefit to the water-starved Bundelkhand region, spread across the states of MP and UP. This project will provide enormous benefits to the districts of Panna, Tikamgarh, Chhatarpur, Sagar, Damoh, Datia, Vidisha, Shivpuri and Raisen of Madhya Pradesh and Banda, Mahoba, Jhansi & Lalitpur of Uttar Pradesh.

The project is expected to boost socio-economic prosperity in the backward Bundelkhand region on account of increased agricultural activities and employment generation. It would also help in arresting distress migration from this region.

This project also comprehensively provides for environment management and safeguards. For this purpose, a comprehensive landscape management plan is under finalization by the Wildlife Institute of India.

On 22nd March 2021, a historic agreement was signed between the Union Minister of Jal Shakti and the Chief Ministers of Madhya Pradesh and Uttar Pradesh to implement the first major centrally driven river interlinking project in the country. This agreement heralds the beginning of inter-state cooperation to implement the vision of Sh. Atal Bihari Vajpayee to carry water from areas that have surpluses to drought-prone and water deficit areas, through the interlinking of rivers.