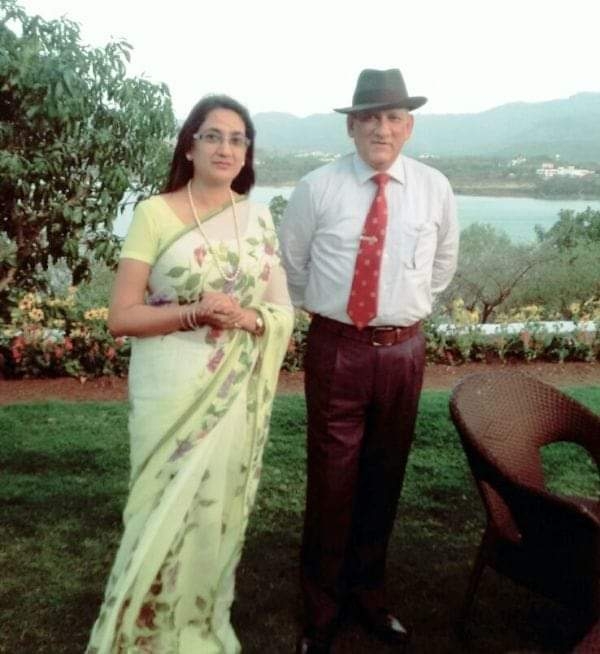 Chief of Defence Staff General Bipin Rawat and his wife Madhulika Rawat were cremated with full military honours at the Brar Square crematorium in New Delhi on Friday.

Gen Rawat, his wife, and 11 other defence personnel were killed when a Mi17V5 helicopter carrying them crashed near Coonoor in Tamil Nadu on Wednesday.

The mortal remains of General Bipin Rawat and his wife were cremated at Brar Square cremation ground. Their two daughters performed the last rites.