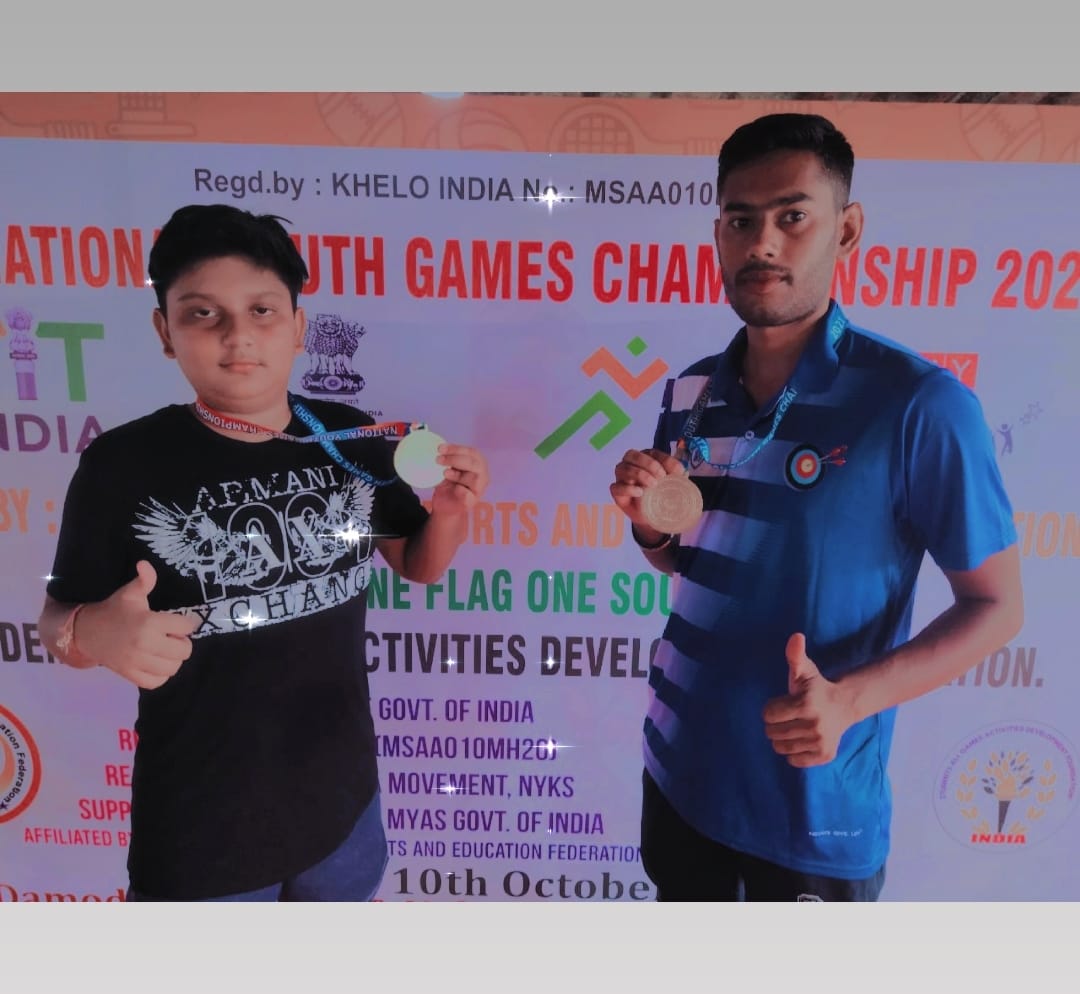 They have become heroes after gaining gold medals in the 4th National Youth Games Championship which was held in Goa from 8th to 10th October.

They are Ranchi players. Both had  won 2 gold medals by performing their best.

And Shaurya Siddharth won the gold medal in the 50m compound event of Under 14 Boys.

On the success of these players, the Ranchi District Archery Association's custodian ex Deputy CM Sudesh Mahto, President Neha Mahto, Secretary Chanchal Bhattacharya have given warm wishes to them, each a super sports star from rural Jharkhand.