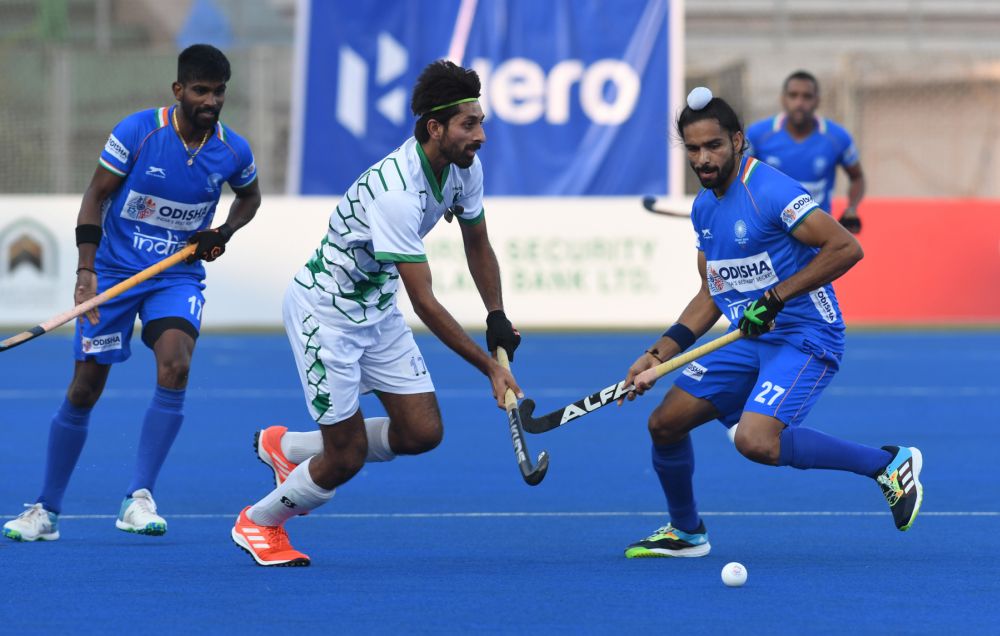 Harmanpreet Singh’  (9', 53') striker Akashdeep Singh (42')  scored for the winner while for Pakistan, Junaid Manzoor scored the lone goal in the 45th minute.

The match was played at a very fast pace with the Indian strikers controlling the midfield most of the time. The defending champions should have won by a much higher margin but for the missed chances. 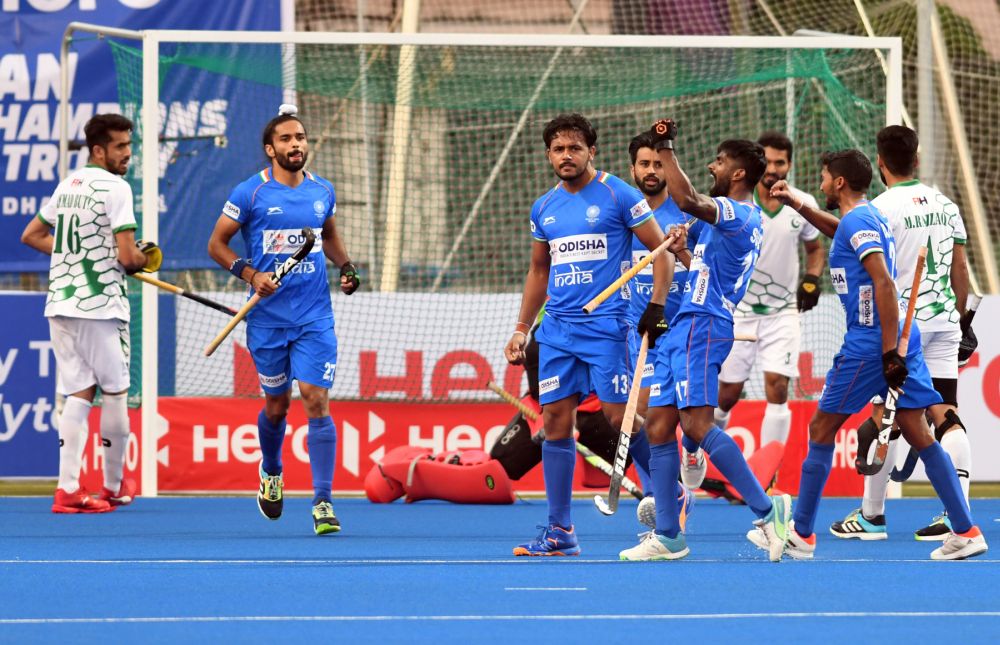 India took the lead in the 9th minute through a penalty corner perfectly converted by drag-flicker  Harmanpreet, Pakistan crowded their defence in the following minutes to keep the scoreline in check.

The second quarter of the first half failed to produce any goal through the Indians kept making forays into the rival citadel but failed to break their solid defence. 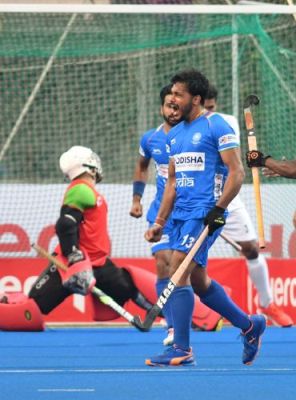 The second half came alive as both the teams went flat out on the attacks and counterattacks. With both teams upping the ante the defenders had a tough time foiling the moves. Though India made some potential circle entries, they could not finish the task by converting the opportunities.

However, it was in the 42nd minute that India managed to double their lead when  Shilanand Lakra broke the defence and made a fine tackle to enter the circle from the left flank. He set up  Sumit to assist Akashdeep Singh who intercepted the well-measured pass    in front of the goal-mouth to deflect the ball into the post (2-0) 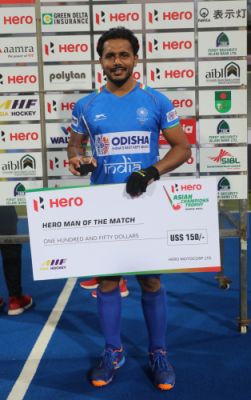 To the surprise of Indians, the Green Shirts retaliated with ferocity and reduced the margin in the 45th minute when they beat defence which had done well so far to restrict them to just three shots on goal. It was Junaid who successfully put the ball past India's goalie Krishan Pathak to narrow the deficit to 1-2.

The final quarter produced thrilling hockey with both teams increasing the tempo in their attempt to score.

It was Lalit Upadhyay who created an opening that fetched India their second penalty corner in the 53rd minute. Akashdeep ensured a perfect injection which was stopped on point by Sumit as Harmanpreet took a fierce drag-flick to score (3-1) 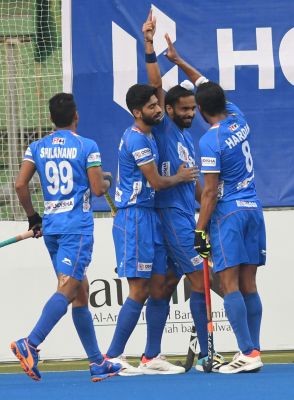 Pakistan fought back and earned two PCs in the final minutes of the match but they failed to beat goalie Suraj Karkera who came up with brilliant footwork to make fine saves on both occasions.

“it was a good match, we played well,” said captain Manpreet  Singh after the win. India have now seven points from three matches, two wins and a draw and are the unbeaten team in the tournament so far.