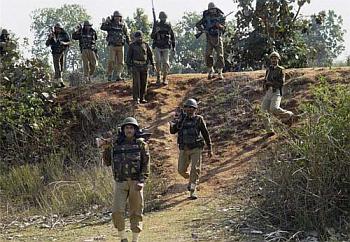 The police today claimed to have killed seven CPI(Maoist)cadres in Latehar.

The killing was the outcome of exchange of fire between the security forces and the CPI(Maoist) cadres inside Piri jungle under Barwadih block in Latehar during 9-10 AM this morning,said Latehar SP Kranthi Kumar.

“Four bodies were managed to be taken away by them.We could recover only three bodies”,said Kumar.

Three weapons were recovered from the site,added Kumar.