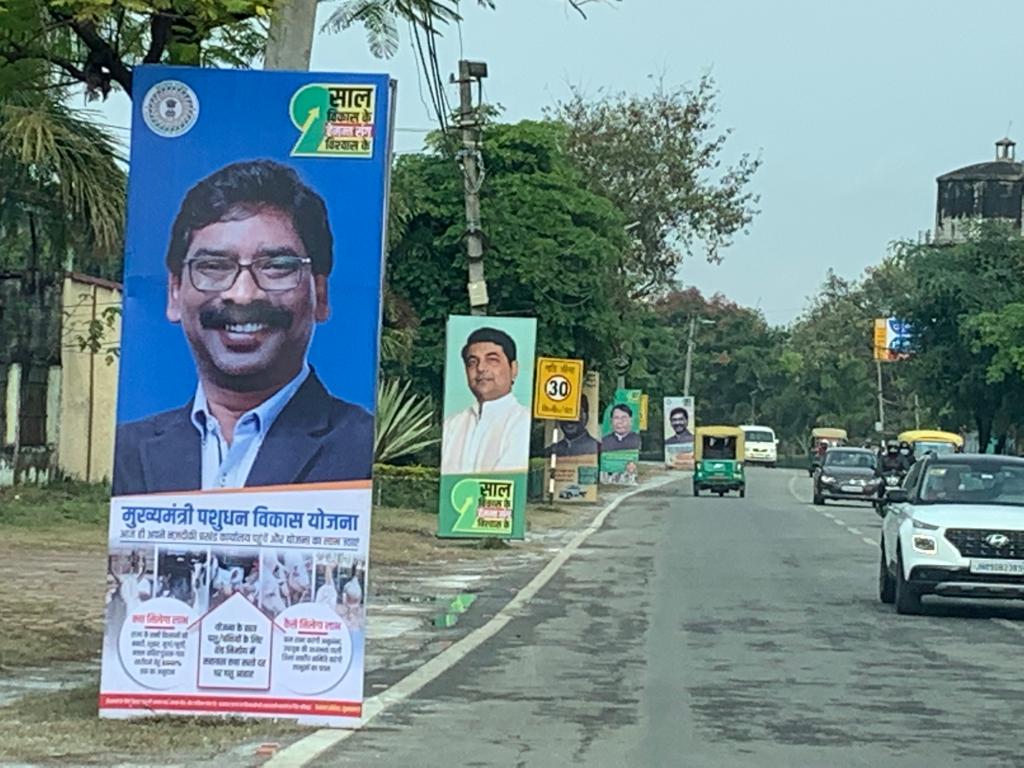 On the day of completing the second year in office on December 29, 2021, the Congress-RJD-JMM government led by Chief Minister Hemant Soren laid the foundation stone for projects worth Rs 12,558.50 crore.

A huge sum of these projects is focused on upgrading drinking water facilities. Soren also inaugurated projects worth Rs 3,195.30 crore among beneficiaries, according to details released by the Chief Minister’s office.

The day was marked by a public meeting held at Morahabadi Maidan in Ranchi and a celebration in the form of Billboards, advertisements in newspapers, TVs, and social media platforms. Also, roads of the state capital city Ranchi were cleaned and a massive podium was put up at Morahabadi maidan.

The meeting was addressed among others by prominent JMM and Congress leaders and functionaries including Governor Ramesh Bais and JMM founder and Rajya Sabha MP Shibu Soren who is the father of Hemant Soren.

Two years ago, JMM - led alliance had wrested power from the BJP by winning 45 seats in the 81-member assembly. As the JMM had bagged just 29 seats, the formation and survival were dependent on 15 MLAs of the Congress and one MLA of the Rashtriya Janata Dal.

Given Jharkhand’s past experience with coalition governments- seven chief ministers and two stints of President’s rule in the first decade of the state’s formation in 2000, Hemant Soren is not free from struggle to survive as the CM.

Within his own party JMM, Sita Soren, who is a daughter-in-law of Shibu Soren, has been critical of the Soren government and protested against it on the charge of “ one- up-man ship. She remains a ‘rebel’.

Yet Hemant has emerged as a managing leader in these two years in office. He had run Jharkhand for just two months when the Corona pandemic hit the country in general and Jharkhand in particular. It was not just a health crisis for the state.

As migrant workers started to return to their homeland -Jharkhand-Soren had a humanitarian challenge at hand too. During the past two years, Jharkhand was among the first few states to take measures to bring migrant workers back by train and airplane.