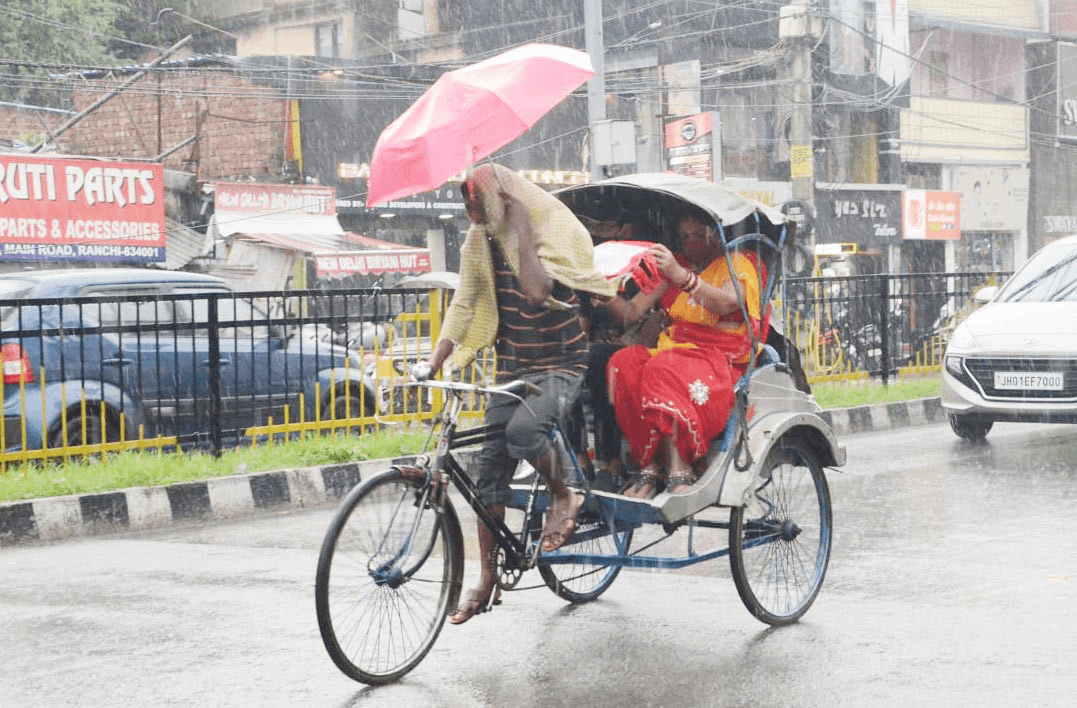 As clouds hover around, Jharkhand is likely to experience unseasonal rain in the next few days, beginning Monday, the IMD's Ranchi Meteorological Centre has predicted.

It explained that a western disturbance passing through north Pakistan, extending between 3.1km and 7.6km above mean sea level, as the trigger.

An induced cyclonic circulation has also formed over eastern Rajasthan, extending up to 1.5 km above mean sea level.

"Light to moderate rain is expected in several parts of northern and central Jharkhand on Monday. Rainfall is also likely to take place at many places across the state between Tuesday and Thursday due to the impact of the two systems," said Abhishek Anand, head of Ranchi Meteorological Centre.

The Ranchi Met Centre also warned of thunderstorms and hail in northern and central Jharkhand on Monday and Tuesday.

Today( Sunday), several places across the state, including Jamshedpur and Ranchi, confronted early morning fog which reduced visibility just after the sunrise.

Weathermen said minimum readings would witness an increase by two to three degree Celsius in the next 48 hours due to adverse weather conditions. The day's reading will witness a fall due to the cloud cover.

IMD data suggested that most districts on Sunday recorded minimum readings between 12 and 14 degree Celsius.