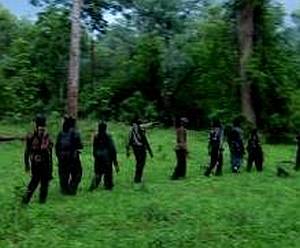 A day after killing seven Maoists in Latehar,the security forces continued to scan the forests in Latehar-Palamau and Latehar-Chatra districts in Jharkhand.

This was part of the on-going operation against the Maoists,said IG(Operation)MV Rao.

When a news agency asked him if the Maoists are on the defensive now,Rao took a mid course to reply saying the security forces were ready to engage them to make them realize that perpetrating “mindless violence is futile.”

In view of the strategy,support base and topography used by the Maoists to come from one state,commit the crime in another state and escape to yet another state,the security forces have now evolved a close knit inter-state special cell to deal with them.

Rao said a ‘roboust plant”is in place to deal with them and make them aware that they can not fool the common man by using their gospel of ‘revolution’to run a syndicate of extortion and violence for long.The time has come when they should give up violence and “join the mainstream”,said Rao.