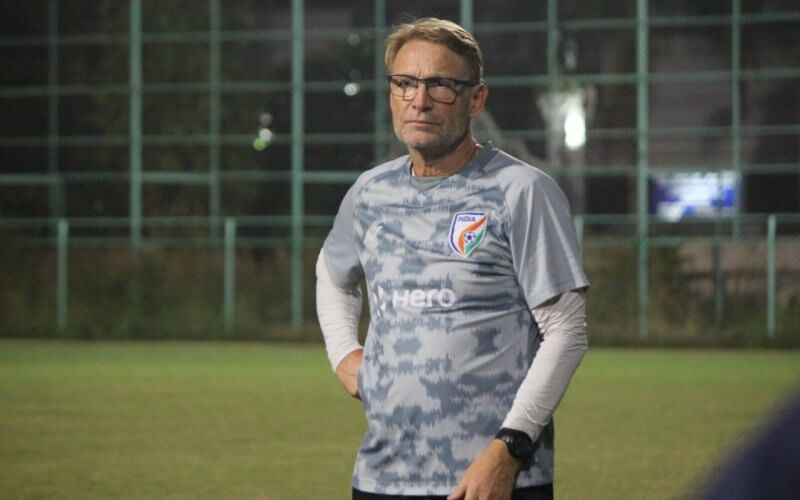 Indian women's football team’s head coach Thomas Dennerby says that players are training hard in preparation of the AFC  Asian Cup India 2022 “Now, it’s just a few days left, and we are doing the final preparations. We are just fine-tuning a few things for the team right now”

“We are going to take it one game at a time. If you start thinking about too much and if you already think about combinations and permutations, that can be harmful for the players. “

Talking to AIFF media,  the coach admitted that playing at home has its advantages “ I think it’s an advantage to play at home -- always a good feeling as a player. My experience says you feel more comfortable at home, hopefully, that will help us.

“Would have been nice to have a crowd, but now we know that with COVID that is not possible. But it will still be nice to play at home “

Agreeing that it is going to be a big tournament for the girls Dennerby said   “We have been preparing since August. Have been working hard, and been doing 8-10 sessions every week, and we’ve also have a few exposure tours in Bahrain, UAE, Sweden, Brazil. We have played different kinds of teams, some higher ranked, some lower ranked than us..

“When you come to big tournaments, it’s always tough, and it should be. The first game against Iran, I think we have a good chance in that game, and if we do get three points, that will help us a lot before the second game.

But still, if we don’t handle the first game, we need to go into the second game with the aim of winning. We played Chinese Taipei in Bahrain who are a very good team. But we still have a chance of winning, and we can take points.   I have a feeling that we can do well. China will probably be the toughest one -- technically good players, good combination play, but I hope that we can use the speed we have upfront

Talking about the squad the coach said “ We have a good bunch of experienced and young players who are hungry to prove themselves on the pitch.. Football is not just about what you do on the field or on the ground. It’s also about being in the camp, when you are spending all your time with your teammates. So the experienced bunch can help there. Both can help each other

“So it’s always good to have the younger ones come and push the older ones. But it also works the other way round, as the more experienced bunch can guide the younger ones to do the right things. To not take too much stress before games, how to behave before and after the match  “ he opined adding “For some reason, you tend to get a bit more relaxed as you get older -- that’s just the natural order of things.

Asked about India’s chance of qualifying for the Women’s World Cup next year Dennerby said  “We plan for everything – but step by step. But I think we have a good chance of being in the quarterfinals. But if we get to the quarterfinal, and so does Australia, then we will have the dream to come to the World Cup all the way to February 2023.

“There will be play-offs to decide who progresses. But first of all, we need to get to the quarter-final, and then we take it from there. If we are there, anything can happen. If there’s a higher-ranked team, the pressure is on them to perform.” he added