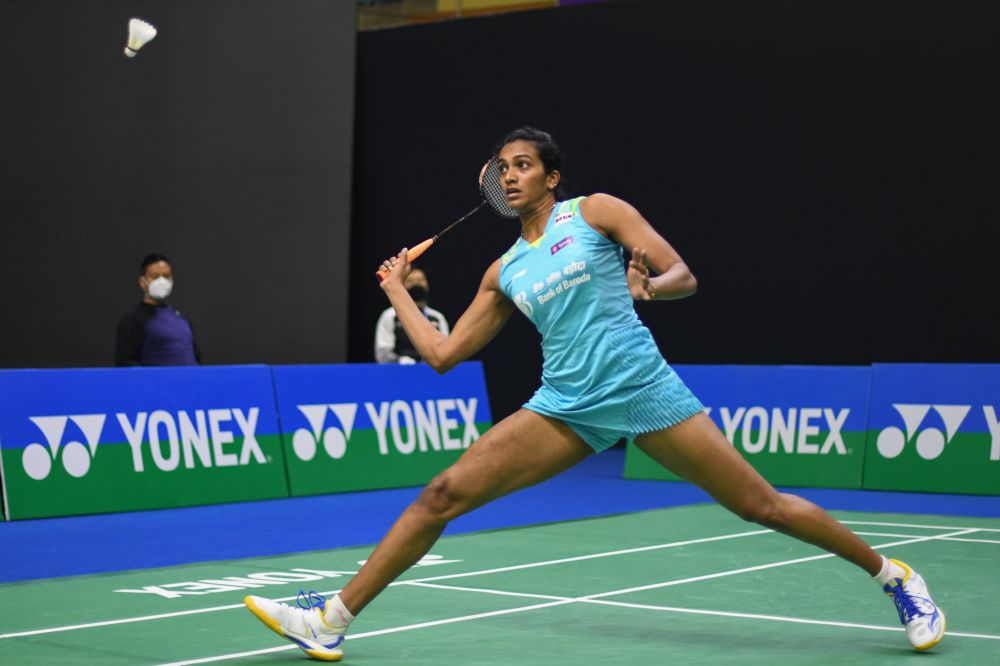 Former champion Saina Nehiwal’s hopes of regaining the title went up in smoke as she lost to Malvika Bansod in straight games while Ashmita Chaliha and top seed PV Sindhu came up with strong performances to storm  into the quarter finals of the  Yonex-Sunrise India Open Badminton at the KD Jadhav Indoor Stadium in Delhi on Thursday.

In the men section World championship bronze medalist Lakshya Sen scored an easy 21-12,21-15 win over Felix Burestedt of Sweden to set up a quarter final clash with compatriot HS Prannoy on Friday.

The third day of India open started on a dramatic note with the announcement that seven shuttlers included top seed K.Srikanth and Mithun Manjunath have tested positive for Covid 19 and have withdrawn from the tournament.

This information was followed by another bad news that sixth seed Sameer Verma has also pulled out of the competition calf strain.

On the court, young Malvika Bansod became the only second Indian to beat former World number 1,Saina Nehiwal  since 2017 in International tournament. 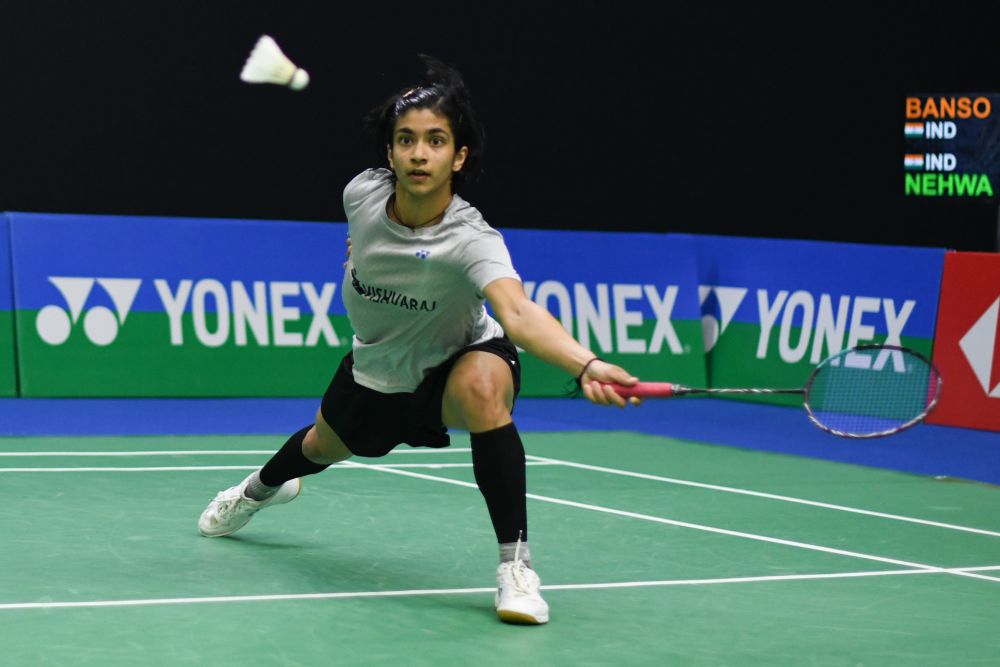 Saina looked tentative throughout the match which lasted 34-minute. It was obvious that she was not fully fit and could not match the agility of her young rival who emerged 21-17,21-9 winner

PV Sindhu stayed on course to regain the title as she toyed with Ira Sharma 21-10,21-10 while Assam girl Ashmita Chaliha emerged

strong contender with yet another impressive victory against a foreign player. This time she accounted for France’s Yaelle Hoyaux 21-17 ,21-14. 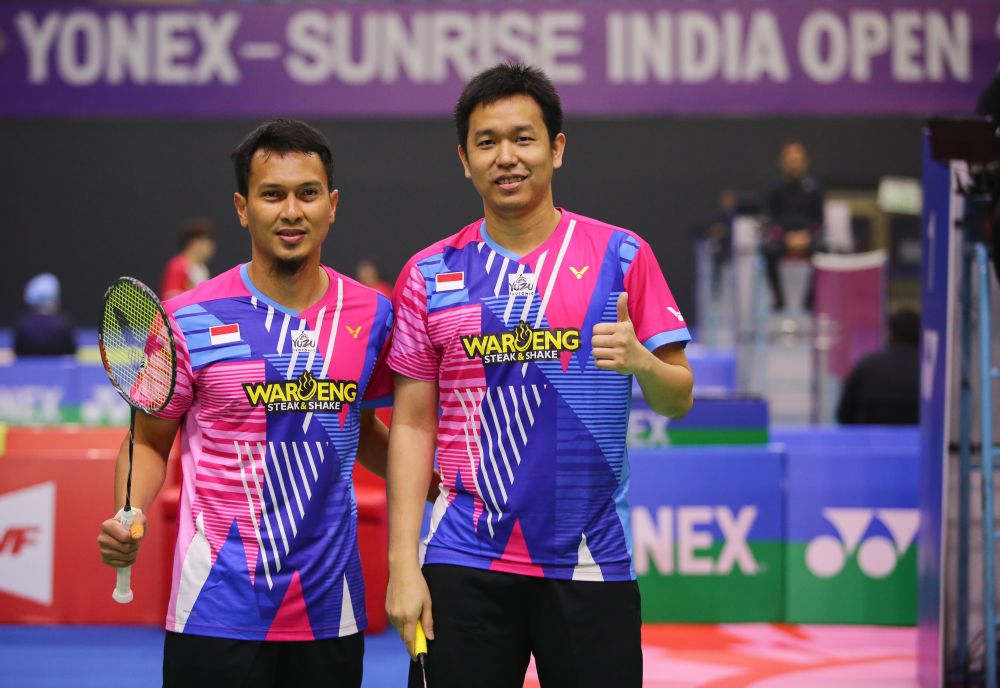 The French woman was first to get off the blocks and took a 15-11 lead before the Indian turned the tables against the fellow left-hander.
Chaliha won nine straight points to reach game point and converted the second one. The Guwahati girl was in total control in the second game as she raced to an easy win.

She will now face Sindhu in the Round of 8 and though she knows she is going to be a rank-outsider against the former world champion, the 22-year-old wants to just go out and enjoy herself on the court. 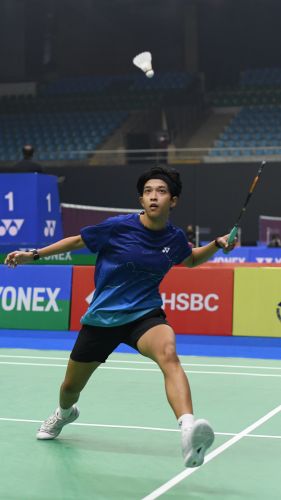 Prior to today’s match, Saina’s only loss against an Indian opponent at the India Open was in the quarter final against PV Sindhu in 2017. On the domestic circuit, Aparna Popat had beaten her in Bangalore Nationals, fifteen years ago.

And even though Saina hadn’t been at her physical best and is still recovering from a serious knee-injury in this tournament, Malvika  job was  not easy as the experienced former champion was willing to dig in and fight for every point.

Malvika started by playing more drops to counter Saina’s ability to hit down the line smashes and that allowed her to open up an 11-6 lead in the opening game.

Under pressure the former champion started pushing herself to lift better from the forehand corner and pushing her opponent to the back court. That allowed her to close the gap at 16-18 before two consecutive unforced errors on smashes allowed Bansod to pocket the opening game.

The world No. 111, read  Saina’s game plan of pushing her to the backcourt rather well and kept on moving her opponent to all four corners and tested her overall fitness.

Many a times, Saina  was slow to react to her rival’s flat tosses and was never in the fight in the second game.

“I was playing her for the first time and was not thinking of winning or losing. My game plan was to just keep the shuttle in play and keep moving her,” said Malvika  after the match.

The 20-year-old, who had been following Saina’s career since she first saw her posters during a state level tournament nine years ago, said she made it a point to not see her senior compatriot’s face during the entire match as she was afraid of losing focus.

Malvika, playing in her first Yonex-Sunrise India Open, will now face Kashyap in what will be a repeat of last month’s All India senior ranking tournament final in Hyderabad.