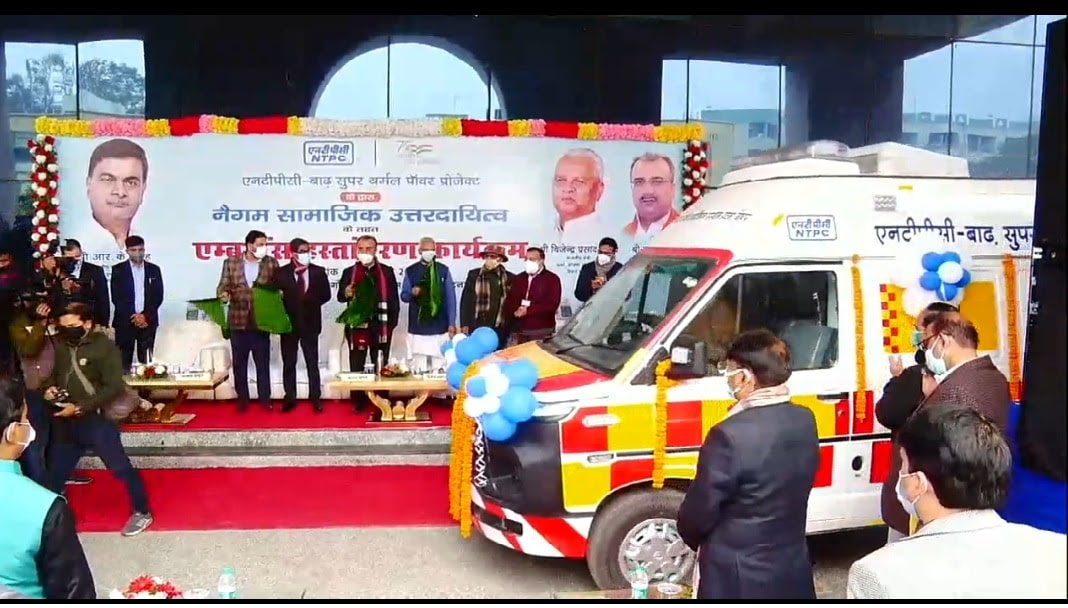 The keys were handed over to Dr Manish Mandal, the medical superintendent of IGIMS in a function organised in IGIMS administrative office complex where Union Minister of Power, Shri Singh joined through the virtual mode from Delhi whereas Energy Minister, Bihar Shri Bijendra Prasad Yadav and Health Minister, Bihar Shri Mangal Pandey were physically present.

Speaking on the occasion, Shri R.K Singh said that handing over of the four ALS ambulances to IGIMS, Patna by NTPC reflects the best in the CSR and we are continuously and proactively supporting the state of Bihar. In the last four years, NTPC has spent more than 321 crores in the state of Bihar under CSR.

Shri Singh said 10 ambluances have already been provided to IGIMS , Patna and on the request of Bihar government he assured two more ambulances will be provided which would be a total of 16 ambulances for IGIMS ,Patna.

Congratulating the efforts of NTPC and state health department in strengthening the health sector in the state, he said this is the work for progress and wellbeing of the people of the state and such efforts will continue in the future also.

In the past NTPC has also provided financial support for building a dedicated Burn Unit at AIIMS, Patna with the total cost of 21.06 Crores apart from providing ambulances to various states and has supported medical infrastructure projects.