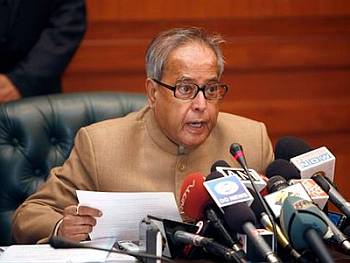 The JSPL’s 2×660 MW plant will be run on imported and domestic coal.In total,the coal requirement is estimated to be 6.5 Million Tonne Per Annum(MTPA)at 100 percent Pay Load factor(PLF).AS per the plan,it shall comprise 2.5 MTPA from Jitpur coal block and 4.0 MTPA imported coal from Mozambique(70%)and Indonesia(30 %).

The work is planned to gain momemtum after more land is acquired. “We also have plans to set up a 2640 MW plant at Dumka. Once work in Godda starts, it will help in building confidence among people of the area.Moreoever,Dumka is the adjoining district.Its people will come forward and offer land for the power plant,” said a JSPL official after President Mukherjee laid the foundation stone.

JSPL’s website claims that the company has embarked upon a massive expansion plan of the existing plants and undertaken new projects in power, steel, mining, oil & gas and infrastructure sectors including 2 large green fields integrated steel projects at Angul in Orissa and Patratu in Jharkhand.”In Bolivia (South America), JSPL is investing US $ 2.1 billion in development of iron ore mines and setting up an integrated steel plant. The company also has business interests in Africa, Asia, Australia and South America”,it says.