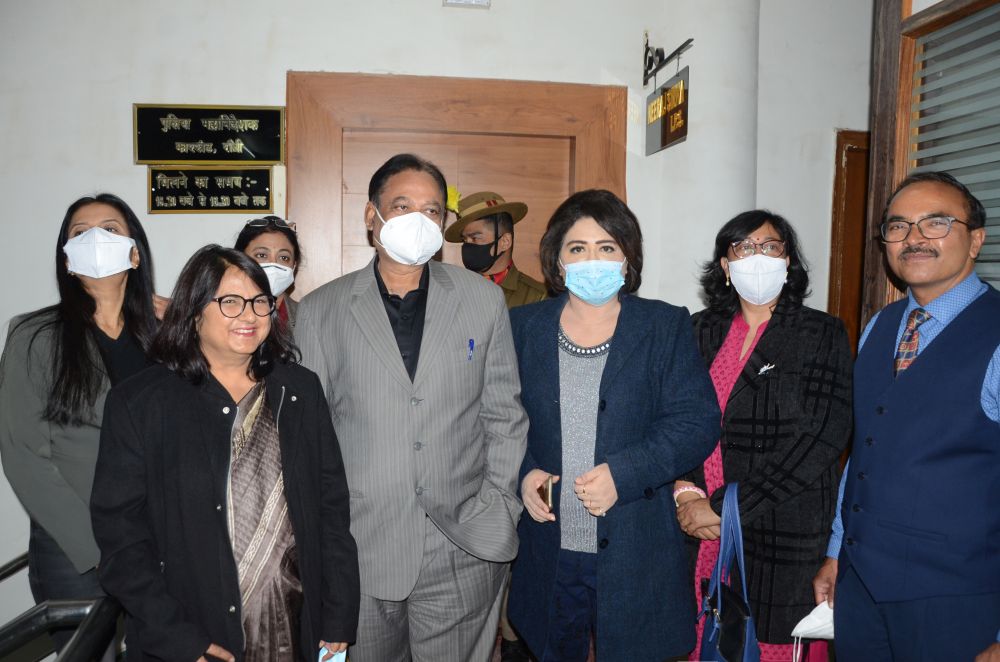 The abductors had kidnapped her and demanded ransom from tribal doctor posted in Chandwa, Latehar, Dr Nilima.

The women doctors, Dr Beauty Banerjee, Dr Rashmi Prasad, Dr Tanushree Chakraborty, Dr Anupama Singh, who were part of the delegation, told the DGP that the women doctors working in remote areas of the State are working in a very fearful condition.

Chairperson of Women Doctors’ Wing, IMA, Jharkhand, Dr Bharti Kashyap said that the medical community is feeling relieved by the arrest of the kidnapper of Dr Neelima Kumari, a female doctor posted in Chandwa of Latehar district.

Jharkhand IMA Secretary, Dr Pradeep Singh and IMA Ranchi head, Dr Shambhu Singh said that this incident involving kidnapping of a female doctor of the government had taken place at the time of COVID. It is very shameful and all the doctors of the State are frightened by the incident, said Dr Bharti.

Maheshwar Singh Munda, brother of Dr Neelima, who came from Hyderabad, who is an engineer by profession, said that his entire family was in shock due to the death of his father a month ago and now the whole family suffered a second blow due to the kidnapping of his sister.

“We are happy with the arrest of the kidnapper. Women Doctors’ Wing IMA Jharkhand has taken this matter very seriously, for which I am very thankful,” he added.

Sinha said the IMA delegation apart,he  has a personal view on this incident. The criminal involved in this incident has also been arrested by the police and the police are trying to get the ransom money back, he added.

The delegation urged the DGP to ensure return of the extortion money paid to the kidnapper and demanded deployment of a nodal DSP for such cases.