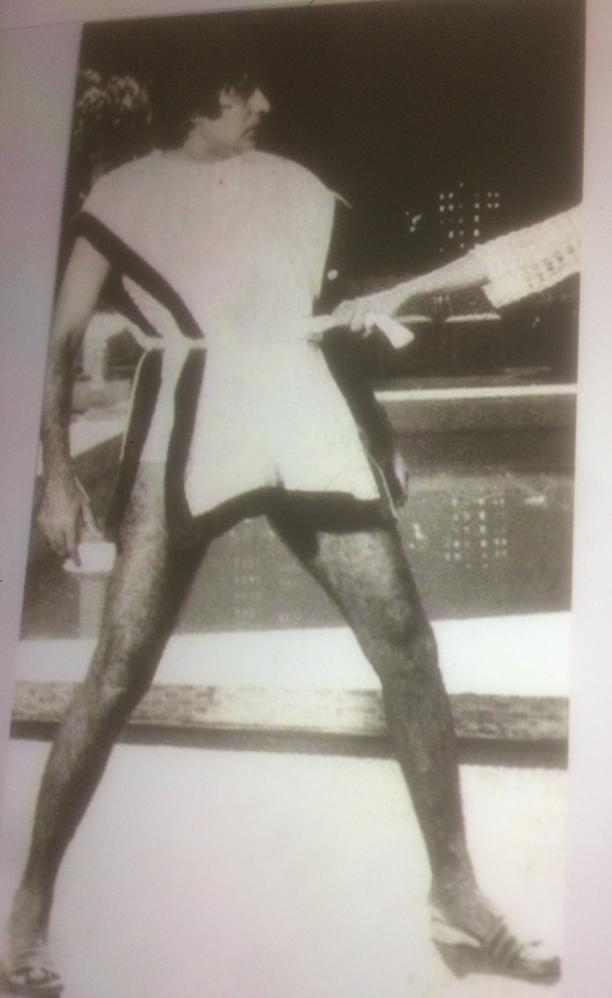 Big B has successfully attracted his fans expressing their mixed opinions on the picture he had posted on his Instagram account on Sunday.

Nobody knows what the actor planned to show his old picture in which he is seen standing by a pool dressed in what Hindustan Times observed it “to be a short robe of some short.”

“A hand can be seen tightening a belt around Amitabh’s waist. Superstar Amitabh Bacchan has captioned the picture asking his fans to reply to his question, “ Whose hand is it?”

The answers given by his fans were their own observations. For instance, one fan wrote:” Kanoon ka haath hai” (It's the arm of the law).

Another fan observed :”Dharma patni”. Another fan jokingly observed that this hand was that of  Dharmendra.