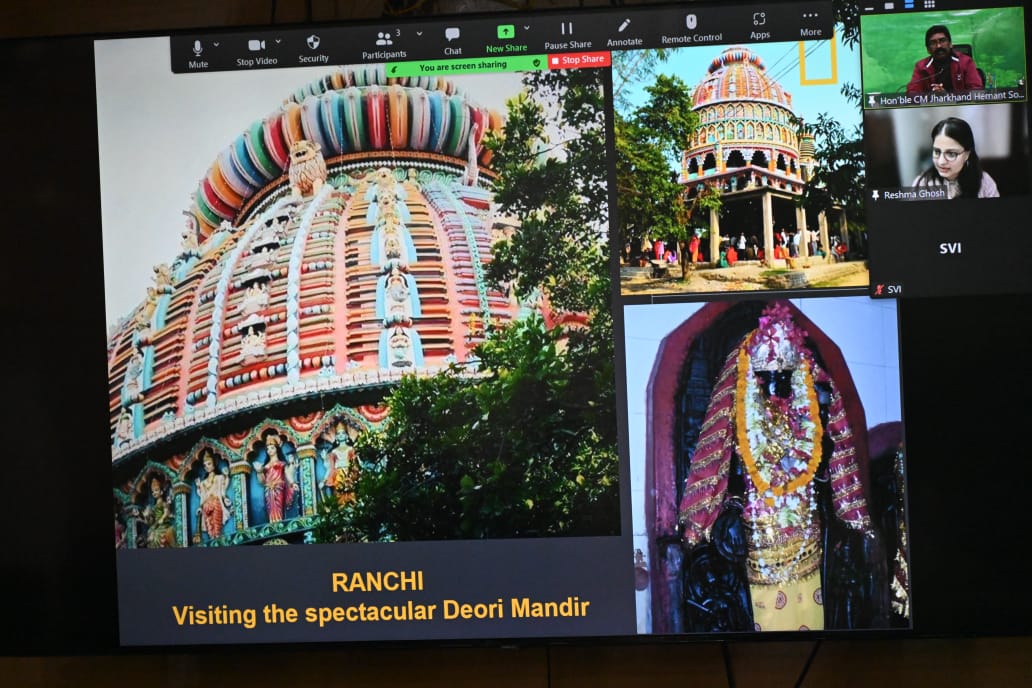 A documentary film is being made on Jharkhand.

Billed as “ Post Cards from Jharkhand”, it is being financed by the state government and made by National Geographic.

The aim is to promote history and culture of Jharkhand and attract tourists as well. It shows several sites such as Jagannath temple and McCluskiegang in Ranchi, Baidyanath Dham in Deoghar and Patratu valley.

Today Chief Minister Hemant Soren watched a presentation show displayed by representatives of the producer National Geographic inside his official residence in Ranchi.