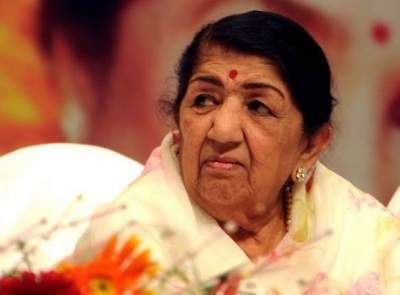 Lata Mangeshkar who left for heavenly abode today has left behind many solid memories in memory box of Hindi song lovers.

Though she was relieved of her pain and probably time had come for her to say good bye to the world, grief and sorrow has gripped millions and millions of her fans.

Yet,as her fans,we can celebrate that someone great like her was with us and was born and brought up in India, a true Icon, Nightingale of India.

She gave voice to so many actresses who could rise high on the back of her voice.She gave her voice to the whole nation in such a fantastic way that it echoed as a fever of nationality.

She is the one whose funeral procession should not go with grief stricken people. Instead, her funeral procession ought to be in the form of saluters . We need to celebrate her passing away in a manner we do for a hero of country.

She was reflection of the nation’s sentiments.

May her soul rest in peace!