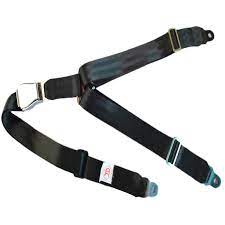 Ministry of Road Transport and Highways led by Nitin Gadkari is heading towards a big reform. The reform seeks to introduce three-point seatbelts for rear centre seats to increase the safety of occupants. Currently, only the front seats and two rear seats in most of the cars available in India come equipped with three-point seatbelts.

These are also called Y-shaped seatbelts. The rear centre seat in these cars come equipped with only a two-point or lap seatbelt, which is similar to the ones provided in aircraft seats.

MoRTH is expected to issue a draft notification within a month suggesting a three-point seatbelt for the centre rear seat mandatory for the automakers. However, before making it a rule, the government will seek public suggestions and comments.

The government intends to improve the overall safety ratings of passenger cars manufactured in India. This move is expected to increase the safety of the car occupants and reduce the chance of injuries and fatalities in case of accidents.

Three-point seatbelts are scientifically proven to be much safer than two-point seatbelts as they evenly spread out the energy of a moving body over the chest, shoulders and pelvis at the time of a collision and result in lesser injuries.

Three-point seatbelts were invented and introduced by Swedish automaker Volvo back in August 1959.

However, the automaker decided to leave the patent open for other carmakers in the greater interest of public safety.