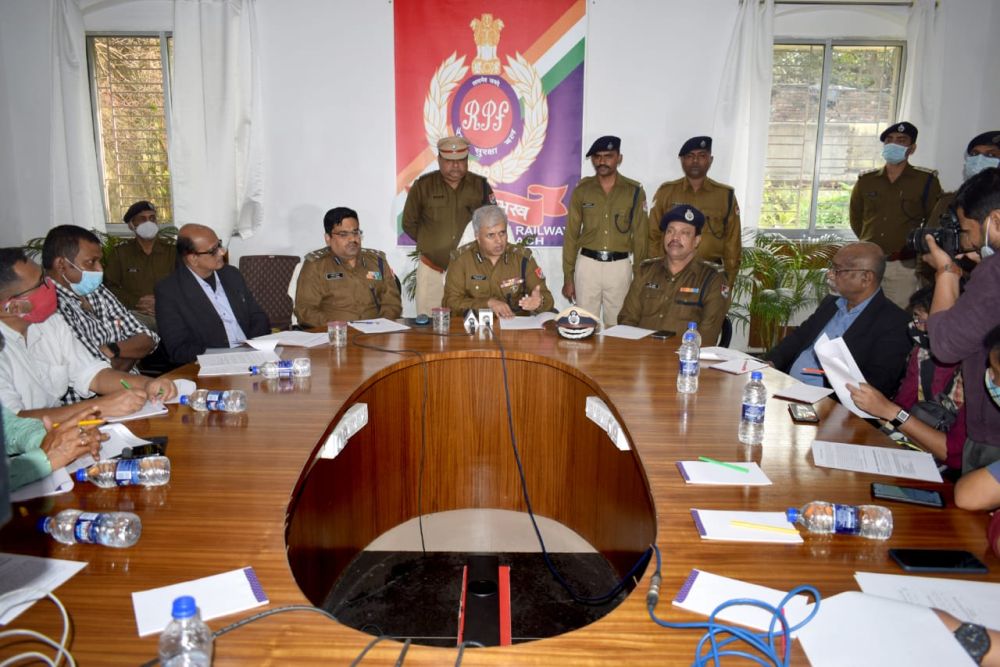 Along with that emphasis was also given on installation of modern security equipment like CCTV, Baggage Scanner, Under Vehicle Inspection System (UVIS), etc. which has resulted in making stations and trains more secured.

MY SAHELI was initiated for enhancing the safety and security of women and girls to make the Railways a better and secure place for all lady passengers, preferably travelling alone.

The team for My Saheli constitute exclusively Ladies staff with 02 male armed personnel under the leadership of Lady Sub-Inspectors. The Lady officers/staff interact with the Lady Passengers briefing them about precautions to be taken during journey and obtain their journey details.

At present on an average 50 daily/weekly trains starting from Howrah/Shalimar/Santragachi & Ranchi of South Eastern Railway are covered under this project. Many good work has been accomplished under this operation for which recently it was accredited with order of merit SKOCH award.

Nanhe Farishteh Phase-II was also started for rescue, apprehension of traffickers and rehabilitation of children.

DSC/RPF/Ranchi was made its Operation’s Commandant supported by Lady IPFs with their teams. Many good works have been accomplished. Till date 19 traffickers have been arrested and other details are mentioned bellow.This operation was also accredited with order of merit SKOCH award.

THE DETAILS OF ACHIEVEMENT UNDER THE AFORESAID OPERATIONS FOR THE PERIOD FROM APRIL’2021 TO JANUARY’2022 IS AS FOLLOWS:-
1.
Rescue of Children (Minor boy & Girl)
743

4
Handed over children to their families
221

OTHER HIGHLIGHTS :
Sri Sanjay Joshi, SO to PCSC/Garden Reach has been awarded with IPM (Indian Police Medal) for distinguished service for the year 2021.

59 numbers of life saving acts have been accomplished by RPF personnel from April, 2021 to January, 2022. Due to their sincere efforts the valuable life of passengers have been saved. For motivation of such staff a channel of RPF SER has been created in the YouTube.

https://www.youtube.com/c/RPFSER/videos
Recently, one staff named Late Shamsher Kumar Singh of Chakradharpur Division had martyred during heroic act of saving his colleagues from unruly mob at Banspani on 12/10/2021. In his Honour a new barrack was named after him at Rourkela which was inaugurated by Ms. Archana Joshi, General Manager, South Eastern Railway.

THE ALERTNESS OF STAFF AND PROPER SURVEILLANCE OF CCTV FOOTAGE HAVE RESULTED IN MORE ACHIEVEMENTS:
Recovery of Cash/Gold (April, 2021 to January, 2022)
Date
Type of Recovery
Qty.
Value
Place of Recovery
State
No. Of person arrested

No. of cases
Recovery of Narcotics
Approx Value
Arrest made