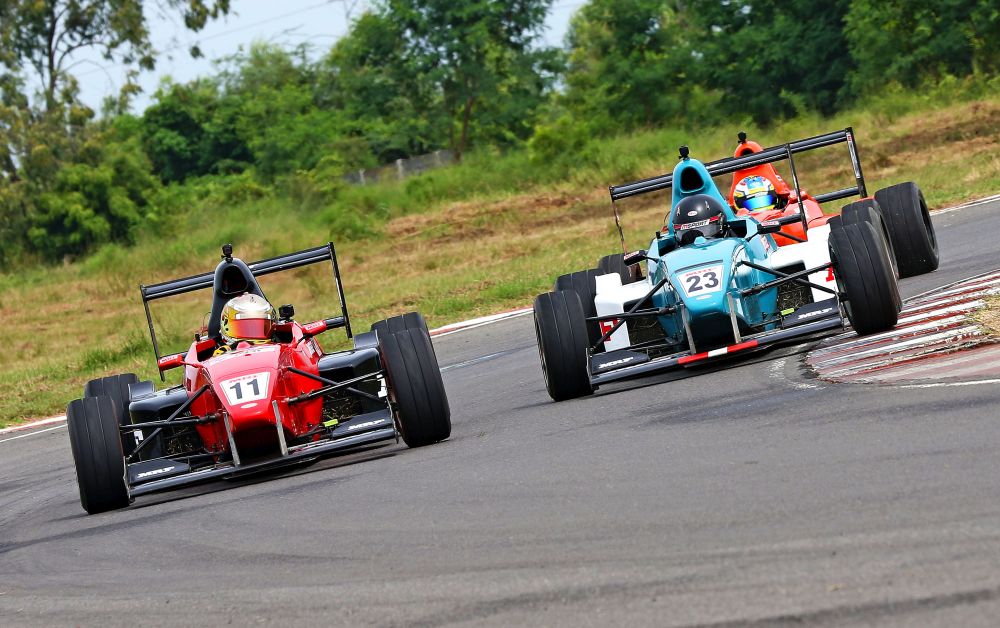 Spotlights will be on teenagers  Bengaluru’s Chirag Ghorpade (153 points, 2 wins) and Agra’s Shahan Ali Mohsin (140, 4 wins) in the premier MRF Formula 1600 category at the fourth and final round of the National Car Racing Championship to be held at the MMRT here from February 11 to 13.

Four-wheeler competitors are going to be intense with titles in almost all categories up for grabs hence the chances of Rishon Rajeev (110), also from Bengaluru, and Coimbatore’s K Suriyavarathan (105, one win) cannot be discounted since a maximum of 75 points are available from three races.

The only category where the title is sealed is the Super Stock as Deepak Ravikumar (Performance Racing) from Chennai enjoys an unsurmountable lead after five wins from six starts.

Coimbatore veteran Arjun Balu (Race Concepts) heads the table in the ITC class and leads Rayo Racing’s Jeet Jhabakh by 18.5 points with a maximum of 25 points to be had from the double-header. Another Coimbatore racer, Charen Chandran is ahead of Hatim Shabbir Jamnagarwala (Performance Racing, Chennai) by 13.5 points in the IJTC class going into the final round.

In the Formula LGB 1300 category, the race for the title is poised on a knife-edge. Two Momentum Motorsport team-mates, Tijil Rao (85) from Bengaluru, Deepak Ravikumar (72), head the championship table, ahead of Nellore’s Viswas Vijayaraj (DTS Racing, 64), Ruhaan Alva (MSport, 59) from Bengaluru, and Kolkata racer Arya Singh (DTS Racing, 58), all having a realistic shot at the title with a maximum of 50 points to be won.

Chennai’s Sandeep Kumar and Fahad Kutty from Mumbai currently head the points table in the Volkswagen Polo and MRF Saloon Cars (Toyota Etios) categories, both of which are triple-headers.

President of promoters Madras Motor Sports Club  Ajit Thomas, said: “Due to the Covid-19 situation, we could not offer five rounds to the four-wheeler competitions, but the action thus far has been quite exciting with close races.

Given the pandemic, it is still heartening that the response has been fairly good with many youngsters, after graduating from karting, are already making their presence felt at this level. And surely, the concluding round this weekend will throw up its share of excitement and surprises.” He added

( Writer is a famous Sports Journalist in India)