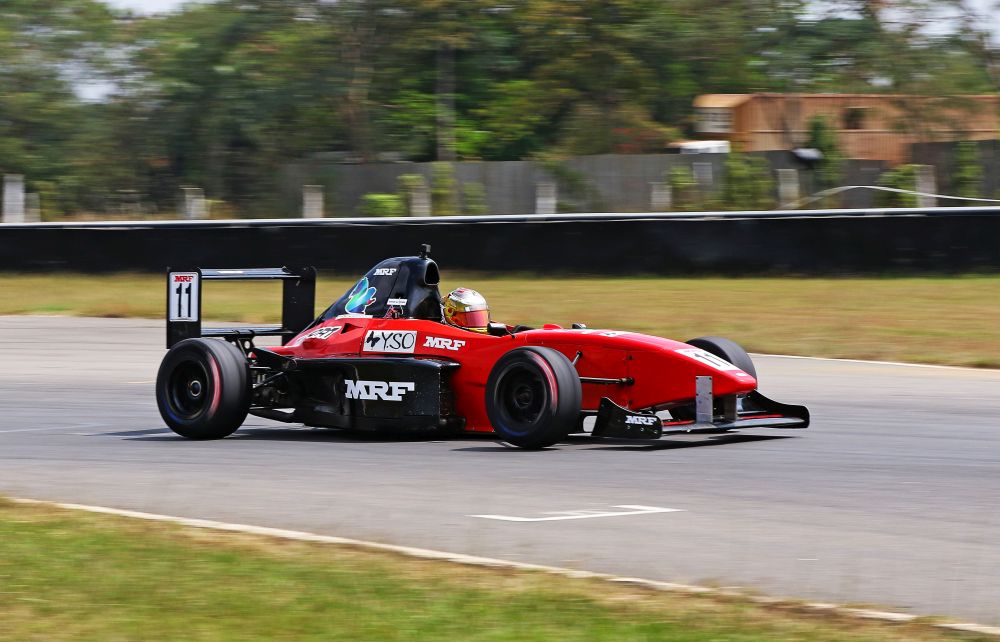 Agra based teenager Shahan Ali Mohsin, dominated both the Free Practice sessions, while veteran  Arjun Balu  and  Tijil Rao also topped time charts in their categories  as the fourth and final round of the Indian National Car Racing Championship  got underway at the MMRT, here on Friday.

Trailing championship leader Chirag Ghorpade (Bengaluru) by 13 points, the 17-year old Shahan , eyeing the title in the MRF F1600 category, clocked a best lap of 01 minute, 39.541seconds in FP-1 and then bettered it with a 01:39.340 in the second session

Overall second quickest in this premier category was Bengaluru’s Rishon Rajeev in 01:39.378.

Pune’s Pratik Sonawane, lying ninth in the championship and trailing leader Sandeep Kumar (Chennai) by 100 points, topped the combined practice sessions in the Volkswagen Polo category with a hot lap of 01:56.625. It bettered Sandeep Kumar’s best of 01:56.806 posted in FP-1.

Defending champion in the premier Indian Touring Cars category, Arjun Balu (Race Concepts) from Coimbatore, posted the fastest lap of 01:50.074 in the morning’s FP-1 and followed it up with a 01:50.762 in the second outing later in the day.

Also topping the time charts was Bengaluru’s Tijil Rao (Momentum Motorsport) who clocked a best lap of 01:51.909 over two sessions in the Formula LGB 1300 where he heads the championship.

Chennai’s Anand Prasad, returning to active racing after a break, was the quickest in the MRF Saloon Cars (Toyota Etios) category with a best lap of 02:03.423 which he clocked in FP-2 to improve on Delhi-based Justin Singh’s 02:04.932 in FP-1.

The races this weekend promise to be high on thrill and excitement as the top seven drivers were covered by less than a second in the two practice sessions.