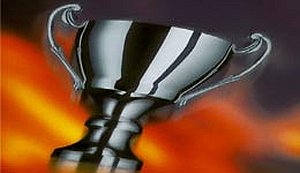 It was the day of the US’ Mission India.

So because today the Ash Center for Democratic Governance and Innovation at Harvard University’s Kennedy School of Government announced that Consular Team India (CTI) was chosen as one of the “Top 25” programs in this year’s Innovations in American Government Award competition.

In all,25 semi-finalists represented the top 5 percent of the contest’s initial applicant pool. The Innovations in American Government Awards is the United States’ pre eminent program devoted to recognizing and promoting excellence and creativity in the public sector. The program highlights exemplary models of government innovation in the United States at the federal, state, local, and tribal level.

“I am continually impressed by the teamwork, dedication, and high service standards that Consular Team India (CTI) demonstrates in serving our Indian and U.S. Citizens customers. This distinction coming from such a prominent institution promoting innovation is a validation of the hard work of our consular units across the country,” said Julia Stanley, the head of all U.S. Consular operations for India.

CTI encompasses all U.S. consular operations located in India, including the U.S. Embassy in New Delhi, and the U.S. Consulates in Mumbai, Hyderabad, Chennai, and Kolkata. CTI strives to provide excellent consular services, to both Indian and U.S. citizens. Whether helping an Indian student reach the U.S. to start a university program, supporting a business executive travelling to finalize a contract, facilitating American parents document the birth of their new baby abroad, or assisting an immigrant applying for a visa to the United States, CTI is there.

The Ash Center’s award recognizes CTI’s innovative approach to providing consular services, an initiative that began in 2009. Instead of each location working independently, consular units across India formed a unified team with a common base of information and shared responsibilities. Today, CTI ensures that each and every consular customer can expect to receive the same quality of consular services across India.

CTI’s innovations have also improved performance. Applicants now receive appointment within 10 days of applying, typically spend less than 40 minutes at the Embassy or Consulate for an interview, and printed visas are returned to applicants within a few days. CTI has already issued 8 percent more visas this year than in the same period last year, and more than 700,000 Indians visited the United States in 2012.