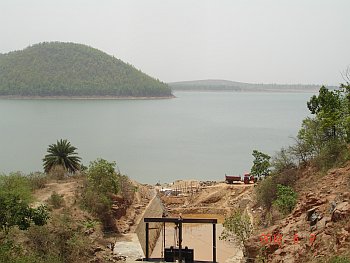 Kasturirangan, who did his Doctorate in Experimental High Energy Astronomy in 1971 while working at the Physical Research Laboratory, Ahmedabad,also saw the elephant corridor being created at Chandil.

Incidentally,the Centre had incorporated the project under its Accelerated Irrigation Development Project ,approved its updated cost of Rs 6613 crore to be shared revised with the state government in the ratio of 90:10 in 2011.

Since less than 60 percent works of all components of the project were yet to be completed,a plan was afoot to set up an autonomous body to execute them.