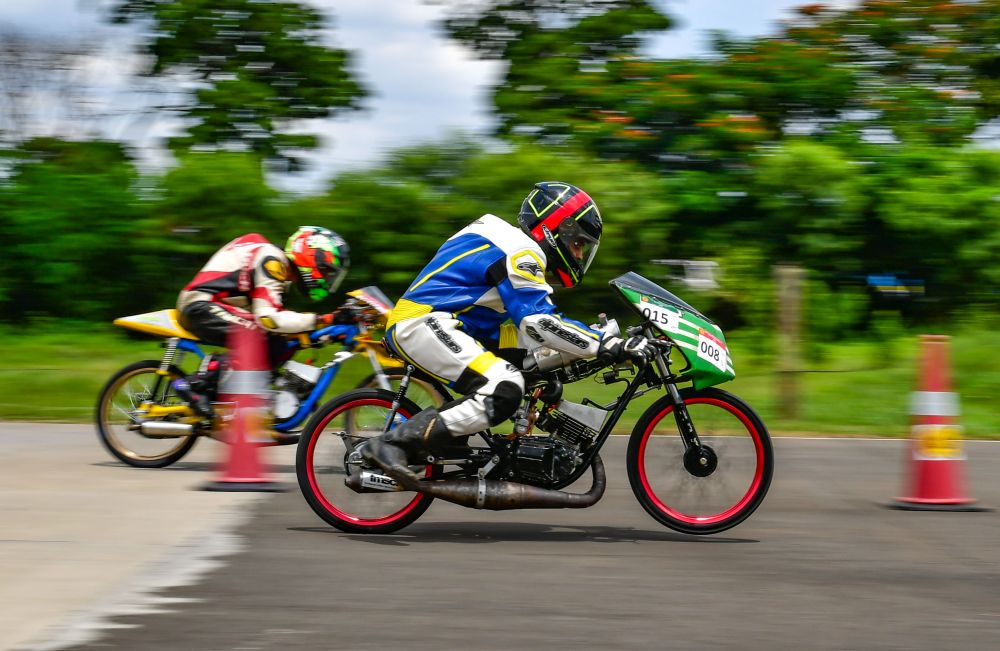 The likely to be a two-way clash between leader Hemant Mudappa and Hafizullah Khan ), both from Bengaluru. will headline the  Indian National Motorcycle Drag Racing Championship at MMRT circuit here on 26 and 27  February.

The Championship has again attracted over 100 entries, with the focus on the battles for the titles in various categories.

With the titles in all categories still to be decided with the contenders separated by only a few points, the competition is expected to be intense, fast, and furious.

Headlining the two-day event is the 4-Stroke Above 1051cc SuperSport category is a  clash between leader Hemant Mudappa of Mantra Racing (50 points), the reigning National champion, and Hafizullah Khan (36 points), both from Bengaluru.

Another much-awaited competition is in the 4-Stroke 851-1050cc SuperSport category where Hyderabad’s Md Riyaz and Mudappa are tied on 43 points with one win and a second-place apiece in the two previous rounds. Behind the pair is another Bengalurean, Sugan Prasad, with 25 points through his task is cut out given the consistency of the lead pair.

In the 2-Stroke categories, Mohd Rafiz from Bengaluru is lined up for a double as he leads the table in the Up to 165cc and Up to 130cc classes.