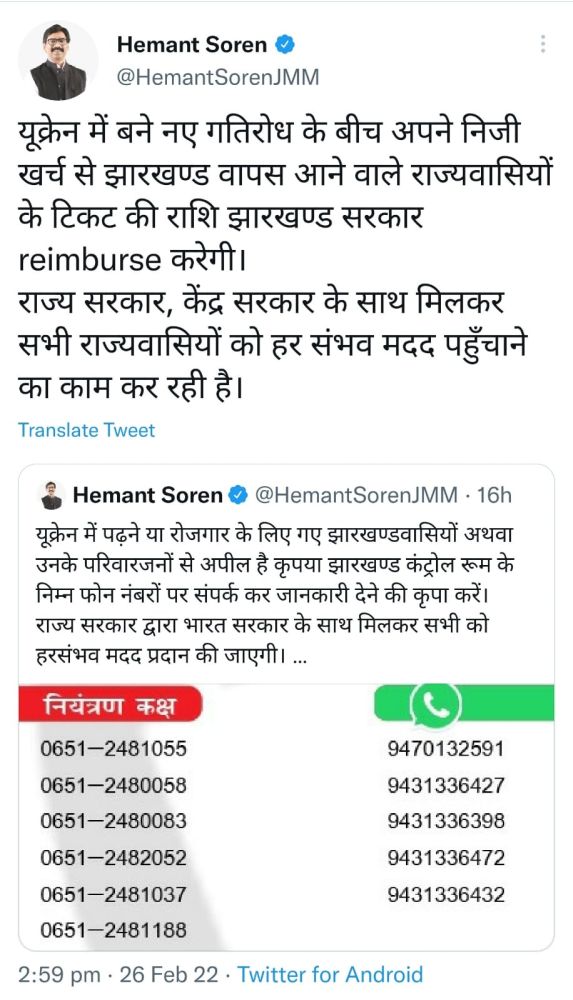 The Hemant Soren government has announced to reimburse air tickets of all students who hailed from Jharkhand and were trapped in Ukraine.

The move is the first of its kind in India where the Narendra Modi government has been at work to bring Indian students back home from Ukraine.

These students were studying in Ukrain on their own private cost. Once they land in India, they will return to their respected homes in Jharkhand. “ The cost of their air tickets will be reimbursed by the state government”, said a senior officer.

Reports indicate that there maybe half a dozen or less than that number of Jharkhand students in Ukraine today. Two of them had sent messages to their respected parents, seeking help. This was published by local dailies.

The CM Soren tweeted his government’s resolve to provide financial help to these students. Toward this end, the state government has notified Control Room and Help Line Phone Numbers.

Note- Details of Control Room and Help Line Numbers were tweeted by the CM Soren. JharkhandStateNews has enclosed it in this report in the public interest.