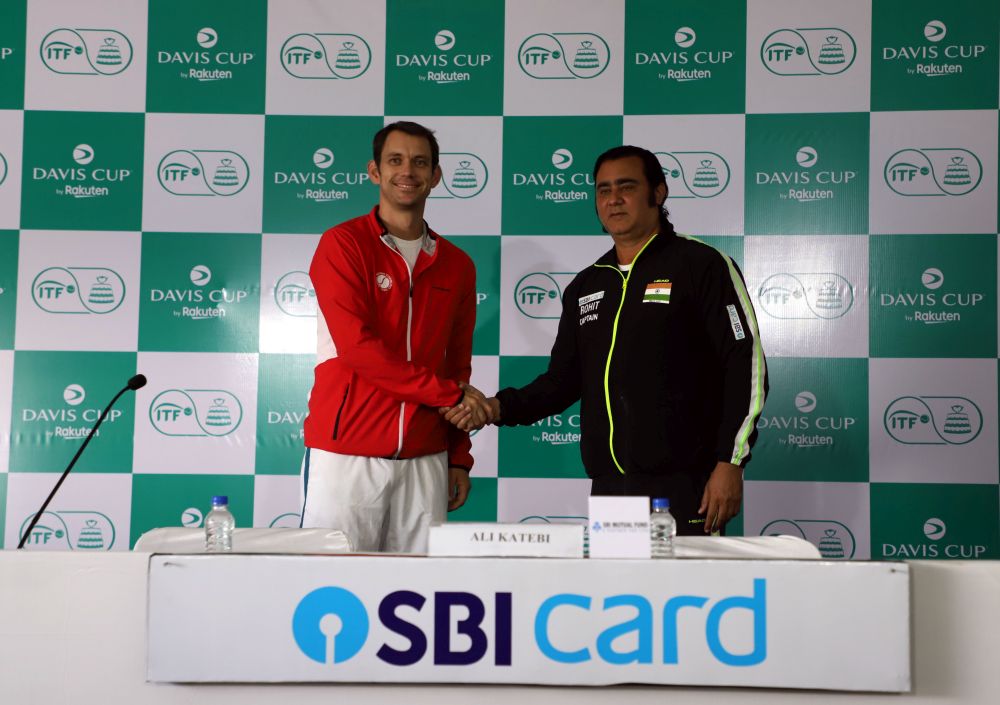 Speaking with the media on the occasion of Pre draw ceremony, Rohit said,” We are happy that we got here early. We wanted at least 10 days before the tie. Boys went to the TATA Open and then Dubai Open. They were hard surfaces and that’s why I thought we should be here early so that we can get used to the surface and bounce.”

About the team, the captain said, “ Rohan is a senior player and part of the think tank of the team. He brings a lot of experience and I like to take advice from him.”

“ We have a good lineup for singles. Ramkumar won challenger Cup few weeks back so he is in good form. We also have Prajnesh. I am happy that Yuki is back and we have been working on his fitness for the past some time. Hope we will perform well.” He said

"I am glad that the players have great camaraderie and we have some good training here. Hope it will reflect in the court also," he said.

Asked about the future course of action, the captain replied, "Some of the players are getting older. Rohan is getting on the other side of 40, so it worries me. As you know, there is a gap at the moment in Indian tennis, as you can see. There are four next-generation players that we selected. That we felt and national coach Zeeshan Ali felt that they could be our future."

” AITA is trying to create a pipeline for new talents. We are also opening centre of excellence and sports science centre and I  have requested Zeeshan Ali to move here for the benefit of players. We have picked up some kids, so a pipeline is created for both singles and doubles. We have a very structured and decent plan for the sport in the future,".

This way we are trying to cover the gap,” he opined adding  “some coaches also joined us. So overall we are good going for the future.

Denmark Captain Frederik Nielsen admitted that India has an edge of playing at home turf and grass court but asserted that his team is here to win.

“We are determined to give a solid fight. Though the weather and the surface they are going to play on aren’t suitable for them still they are hoping for the best,

“I trust my boys, playing on the grass-court will not be the biggest upset in the history of Davis Cup but its needless to say that it may cause some upsets to win this tie said, Nielsen. ”

He also touched upon the Russia-Ukraine crisis, saying, “I am baffled that it is happening in our times. It’s an age of conflicts in which we are living in.it saddens me deeply and I feel very bad for the people who are told to go on war because someone has asked them to go.”

India has made it to the Davis Cup final thrice – 1966, 1974 and 1987 – but could never win the ‘World Cup of Tennis’ as the premier international team event is popularly described by the International Tennis Federation (ITF).

India has been allotted a home tie after three years and Delhi will host Davis Cup matches after more than five years. The last time Delhi had hosted Davis Cup matches was in September 2016 when Rafael Nadal led Spain had whitewashed India 5-0 in the World Group Play-off round at the DLTA complex here.