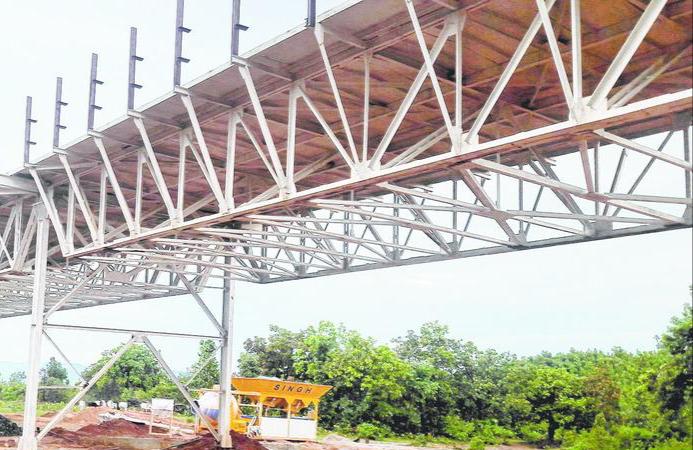 *Picture courtesy and credit to The Telegraph

National Thermal Power Corporation (NTPC) has come up with Asia’s largest conveyor to smoothly and quickly transport coal in bulk from its Pakri-Barwadih captive mine in Barkagaon block in Hazaribagh district of Jharkhand to railway station to distribute coal across India.

This conveyer is built by NTPC. It comprises a 14km-long and 12-feet wide conveyor belt to transport coal from Arahara in Barkagaon to Banadag yard dump adjacent to Hazaribagh station, from where coal would be loaded in goods trains for distribution across India.

"This is the first time NTPC is using conveyor belt to transport coal from site to station," additional general manager (mechanical) Gautam Sen is on record having told The Telegraph. "So far, 1.5km of the conveyor belt has been erected," he added, but refused to divulge the cost of constructing the conveyor belt.

The construction of the conveyor belt started a year ago and was completed recently. Now,around 60,000 tonnes of coal excavated from Pakri-Barwadih mine will daily be transported on it to Arahara.

From there, it will be transported to Banadag via the conveyor belt, taking the burden off road and trucks.

The conveyor belt, passing along Barkagaon-Hazaribagh Road and forest areas, will work round the clock, ensuring timely delivery of goods.