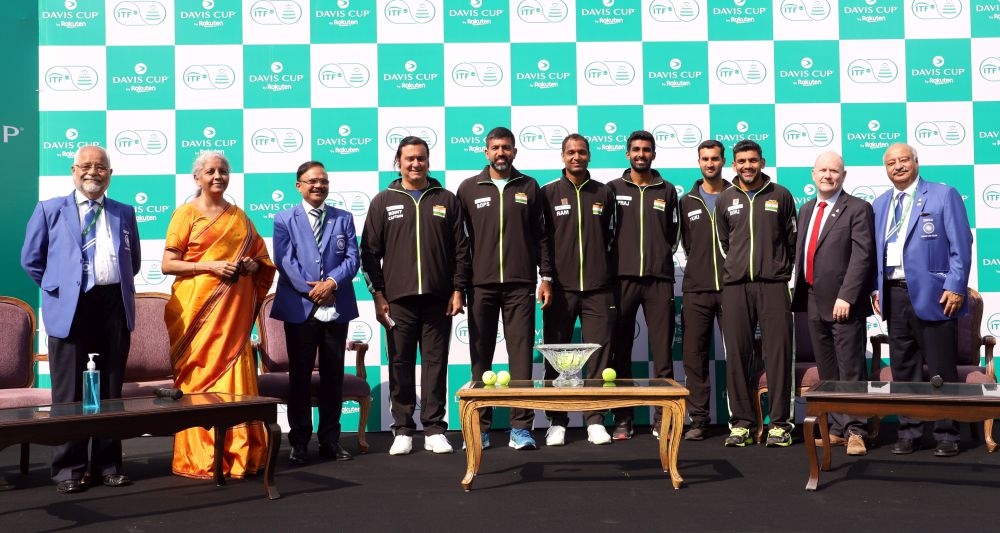 India will like to convert home conditions and favourable draw when they take on Denmark in their Davis Cup World Group Playoff 1 tie at the  Delhi Gymkhana Club (DGC) starting Friday.

The low and fast grass courts of the DGC, coupled with the Capital’s dry weather, makes the Rohit Rajpal-led side a big favourite to edge past Denmark.

The visitors will be no pushovers, asserted captain Frederik Nielsen “We are playing India on their day and they have better players. However, we can match any better player in the world. Though the hosts are strong favourites, it would mean nothing on the competition day to us. It’s going to be a competitive outing,”.

Non-playing captain Rajpal sounded optimistic about the hosts’ chances and said that it was a good draw. “We are playing on grass and know the conditions better which gives us a slight edge. Ramkumar has been practising a lot here. He knows the track very well. Overall, it will be a good match for us. We have a better chance in the first match, so I’m looking forward to the matches,"

The two-day rubber on the fast grass courts of the DGC will be the first tie between India and Denmark since September 1984 when the visitors had won 3-2 at Aarhus. The only other time both sides faced each other was in 1927 when Denmark had blanked India 5-0 in the quarterfinals in Copenhagen.