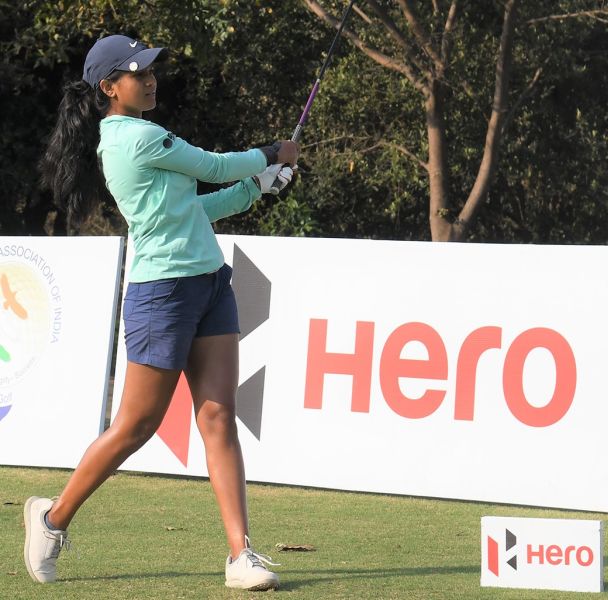 Carding one under 71 in the last round, Mysore girl  Pranavi Urs rode her fine form  to win the fourth leg of the Hero Women’s Pro Golf Tour by five shots at the Aamby Valley Greens Golf Course here on friday.

Pranavi, who led by one shot over Hitaashee Bakshi after two rounds, was never challenged despite an early bogey on the Par-5 sixth. She carded the day’s best score alongside Durga Nittur.

As Pranavi played steady with minimal errors and carded 71 with three birdies – two of them on 13th and 14th – and two bogeys, her nearest rivals fell apart.

Ridhima, who was third and three shots behind Pranavi at the start of the final day, had three birdies against four bogeys for a round of 73 that gave her the second place.

Vani Kapoor, fourth overnight, stayed where she was with a round of 75 and finished at 4-over 220, as Gaurika Bishnoi (75) was fifth.

Hitaashee, the closest to Pranavi with one round to go, dropped five shots between second and fifth with three bogeys and a double and put herself out of the race. She ended with a disappointing card of 78 and dropped to third place at 3-over 219.

For Pranavi, it has been a fine start to the season with two wins in four starts and it also carried her to the top of the Hero Order of Merit. She overtook Jahanvi Bakshi, who is now second, while the latter’s sister Hitaashee is third. Gaurika Bishnoi and Ridhima Dilawari are fourth and fifth.

After winning the first leg, Pranavi was T-7 in the second leg and T-4 in the third. What has been heartening is that she has delivered consistent scores and looks determined to use the base of Hero WPGT Tour to get to the Ladies European Tour.

Last year she tried and failed in the Qualifying School. Recent results on the domestic Tour should give her the confidence to get back and make a place for herself on the LET.