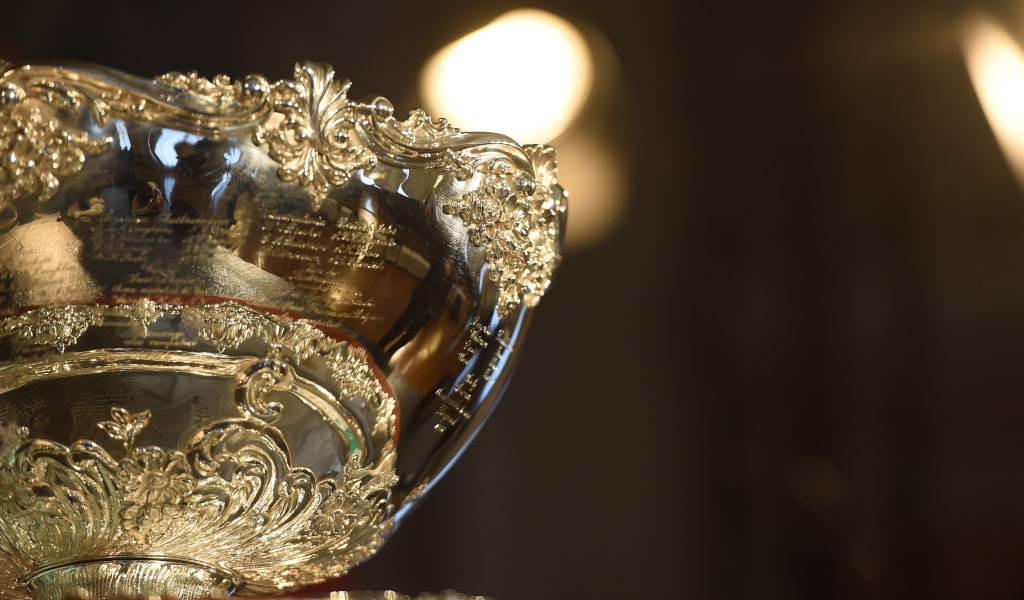 The ace duo of Rohan Bopanna and Divij Sharan overcame spirited resistance from   Frederik Nielsen and Mikael Torpegaard 6-7 (3-7), 6-4, 7-6 (7-4)  to give the hosts winning lead as  India overpowered Denmark 4-0 in the   Davis Cup World Group 1 Playoff at the Delhi Gymkhana Club here on Saturday.

The win ensured that India will stay in World Group I for the 2022 season while Denmark will now again go back to World Group II.

Having secured two easy wins in the singles on Friday, the formidable Indian doubles pair was expected to have an easy outing against the Visitors but the resolute defiance  by Frederik Nielsen and Mikael Torpegaard surprised players and the  partisan crowd

The  Danes were simply not overawed either by the reputation or the world ranking of 41-year old Bopanna.(ranked 32) or 35-year old  Divij whose doubles ranking is 142.

The way Indians opened it looked they will wrap up the match in no time. But that was not to be

Bopanna started  with three aces in the first game  as the Indians  served with  ease  collecting points; However, the lower-ranked  Denmark pair displayed great tenacity  and held their serves, hitting powerful backhand shots from the baseline

The Indians ,who had won Adelaide doubles titles early this year, found it tough to break their rivals. World No. 98 in doubles, Nielsen  who was the mainstay of  Demark’s resolute display.showed his class on the net,  matching Bopanna's attacking play .

He made the Indians to fight for every point in the first set. Bopanna and Nielsen were involved in tense  battle on the net, as the  score was levelled  6-6. India lost the  set in the tie-breaker 7-6 (7-3).

In the second set, Bopanna, with his agility, athleticism and reflexes on the net  and Divij  broke Torpegaard and Nielsen's service to take  5-2 lead.  The visitors saved their next serves  but  the Indians id held on to the advantage  and took the set 6-4 to make it 1-1

In the decided with score at 2-2, India had the advantage to break Frederik's serve, but Divij's backhand cross shot went wide.

In the next game, Bopanna, who was at his best with volley and drop shots on the net, made it 3-3 with an ace. The veteran Indian held his serve but Frederik made it 6-5 in the next game.

Serving to stay in the match in the 12th game,  Divij  faced three match points but the Indians held nerves to save all, two of them on second serves, to  force a tie-breaker, in which they raced to a 4-1 lead and sealed the win when Torpegaard could  not return  Bopanna's serve.

In the dead rubber fourth match  Ramkumar  had  to fight it out to beat Johannes Ingildsen. The Dane took the first set 7-5.

This is India's first win since they beat Pakistan 4-0 in November 2019 when Rohit Rajpal took over as non-playing captain. After that India lost to Finland (1-3) and Croatia (1-3) in away ties.