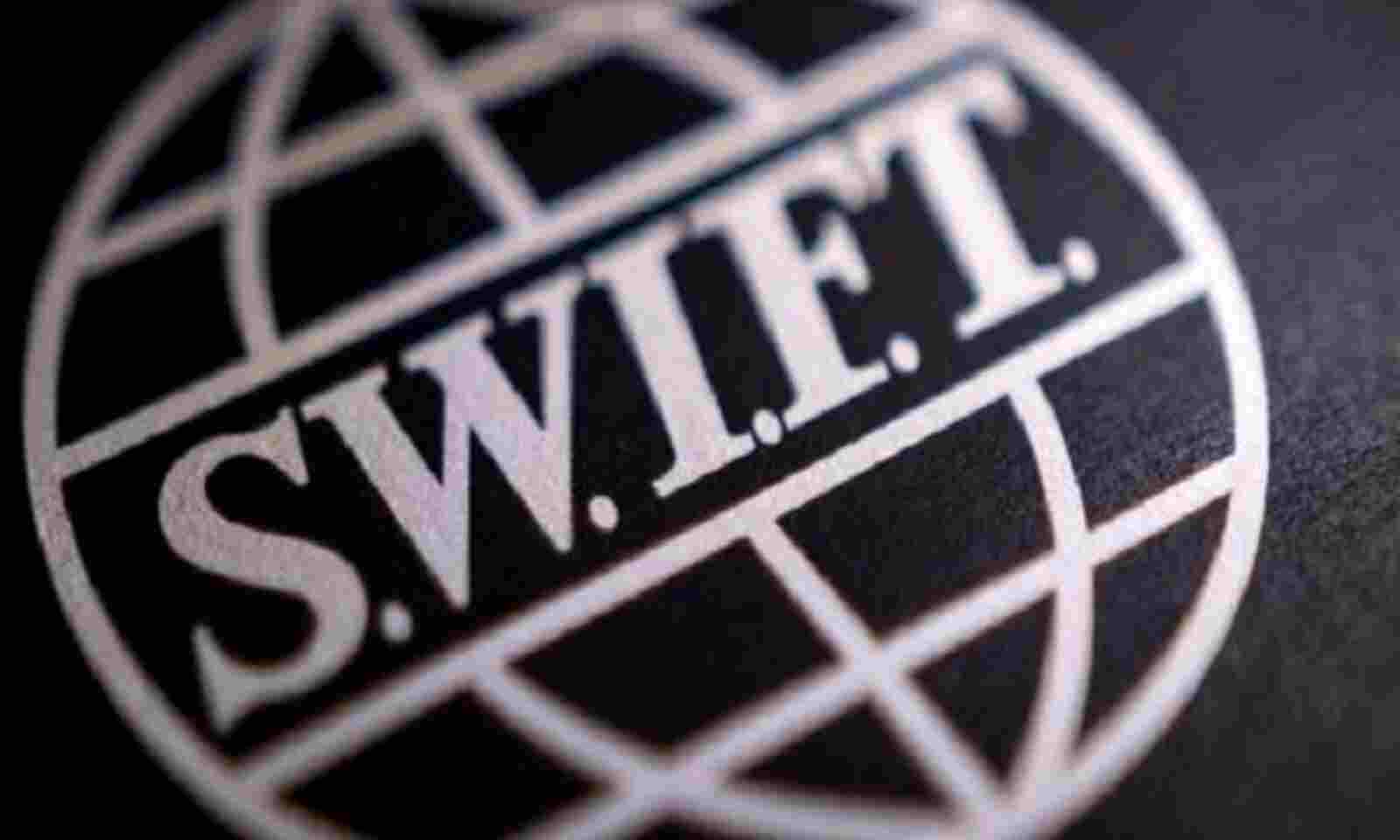 How? Remember, Russians don’t do anything without a plan. They & China have been prepping for this moment for years & are now ready:

Russia has stated NATO expansion into Ukraine was a red line.

-They knew their invasion of Ukraine would be inevitable and would have strategized that the US/West’s response would be SWIFT $ system exclusions/sanctions.

-Reasonable to expect that Russia’s next step would have been to shut off oil/gas pipelines to Europe, as Russia has built up huge Yuan, gold & commodity reserves.

-This will cause massive price and supply disruptions (war level) to the western markets & monetary system.

- For years Russia & China have looked for ways to re-monetize gold & exit abuses of SWIFT system as a geo-political tool against them, but how to do it, how to exit, without West declaring it an act of aggression or war against West?

- This Ukraine invasion just accomplished that end for them.

And the West is doing it themselves.

“We will turn oil pipelines back on, but not for dollars.”

- Russia then declares that Europe or anyone that wants Russian oil (as 3rd largest global producer) or Russian/Ukrainian wheat (1/4 of worlds production) must pay in gold, or use the ruble-yuan gold backed payment system.

- Their leverage as an oil producer (who cuts off supply) will cause almost immediate price shocks to the western world.

A good part of the population could immediately be unable to heat their homes.

- Almost equal to the oil shock they’d cause is their ability to cause food shortages and price spikes through the disruption of wheat production.

-Unmentioned in all this is China. Who has been silent & not condemned Russia.

- China will act to soak up Russian production of oil and wheat to soften the blow to their “strategic partner”.

- This will again be through the Yuan-Ruble facility and at some point overtly-stated gold backing of that system by Russia and China.

- The West will of course declare those last two bullets as acts of global aggression and direct threats to the “world monetary system”.

- At this point that there will be a clear fracture of the world’s monetary system into 2 competing East/West structures, circling back to the initial point that the 50 year global petrodollar system has just officially been ended by Putin.

If the above analysis is indeed correct, then the threat to the petro-$ is no different to the time of Charles De Gaulle or Gaddafi, but on a far larger scale.

They can't remove Putin as easy as they did with previous leaders who challenged their fraudulent petrodollar monetary system. *Interesting analysis on removing Russia from SWIFT system:*

What are the consequences of US & EU kicking Russia off SWIFT System?

Will it hurt Russian Economy?

Economists like Raghuram Rajan want you to believe this.

But, Removing Russia from SWIFT could be exactly what Russia, China and Bharat desire.

SPFS (‘System for Transfer of Financial Messages') is a Russian equivalent of the SWIFT financial transfer system, developed by the Central Bank of Russia. The system has been in development since 2014, after US Govt threatened to disconnect Russia from the SWIFT system.

There are plans to integrate the SPFS network with the China-based CIPS (Cross-Border Inter-Bank Payments System).

If either of those then interconnect to Bharat's SFMS …..

Can you imagine the effect?

If Russia is removed from SWIFT, the blow to the US economy, and especially that of EU would be enormous.

The vast majority of SWIFT transactions are settled in US dollars, which helps solidify the US currency status as the global reserve currency.

This gives the US tremendous influence over the world economy, therein lies the real power.

If Russia + China + Bharat come up with an alternate system to compete against SWIFT that will be a competing currency transactional system and it’ll further weaken the US dollar.

Not to mention Russia is the second largest exporter of energy and China is the largest manufacture exporter with Bharat fast catching up.

By Removing Russia (one of the biggest oil producers) from Swift, USD will be DESTROYED as global currency as oil,most traded commodity in world, is paid in USD.

If "forced to leave SWIFT", Russia will expand SPFS internationally, and nations that intend to keep importing Russian oil & natural gas will have to join Russia’s new banking transaction system.

And you know that Russian Gas is cheapest which no-one can afford Not to have.

If Russia breaks from SWIFT, watch for China & Bharat to announce same.

We are actually watching the destruction of the USD taking place be4 our eyes.

Other countries will be more than happy to assist with this New System which gives them a chance to improve their currency.

Start looking for words “Eurasian Union” to appear in articles very soon. We are getting closer to the new digital economic system and global digital currency soon.

What is horrific is that developed countries [US etc] will drop from having 80% of World's income to 35%.

Ordinary Americans calling for Russia to be ejected from SWIFT, do not realize that US uses the dollar to borrow at discounted rates, that debt is $30Trillion as of today, so if the dollars’ influence is reduced, US transactions would be much more expensive.

US economy will be on verge of destruction while paying interest elements only.

While costs for businesses would pass on to US consumers, Americans would have to then pay more for everything.

Do you still think that President Putin acted in haste with Ukraine Offensive?

Everything is calculative & pre-planned.

And....If you still think that PM Modi discusses with Putin about ONLY safety of Bharat's citizens in Ukraine....

Then may God bless your Innocence.