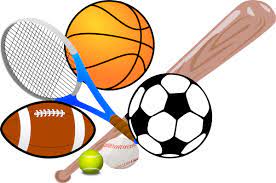 The government of India has been extending financial assistance to the National Sports Federations (NSFs) under its Scheme of Assistance to NSFs for various sports activities including training and participation of Indian sportspersons and teams in international tournaments. The Ministry of Youth Affairs & Sports has revised the norms of assistance effective from 1st March 2022.

Shri Anurag Thakur, Minister of Youth Affairs and Sports stated that the norms which have now been revised were in force since November 2015 and, therefore, not adequate for the various activities which are essential for the development and success of our sportspersons.

He also stated that a comprehensive view has now been taken to cover important aspects of activities to enable rapid advancements in the field of sports in the country. He specially mentioned important aspects like support for Sportspersons with Disabilities, for hosting international tournaments in the country, for ensuring that Indian coaches get the latest training etc. which have been kept in view.

Under the revised norms, the quantum of assistance for the conduct of the National Championships has been increased to Rs. 51 lakh for High Priority, Priority and Indian Traditional Sports and for General category sports, which were earlier known as ‘Others’ to Rs. 30 lakh.

Travel by air for attending coaching camps/competitions for all categories of sportspersons whether, Senior, Junior and Sub Juniors has been allowed provided the journey is more than 500 Kms. /10 hrs.

Allowance for General Sports Training Kit (Like tracksuits, T-Shirts, Shorts, Warm-up shoes etc.) has been doubled to Rs. 20,000/- per athlete once a year for National campers from earlier Rs. 1000 per athlete.

Managers will now be treated as part of Indian contingents for international events abroad. In order to ensure that only those who have the experience of managing the teams, the Ministry has prescribed essential and desirable qualifications for being eligible to accompany the teams as managers.

For the hiring of foreign coaches and support personnel, NSFs have been allowed to engage on their own in consultation with SAI. The monitoring will be done through an annual review of the Key Responsibility Areas (KRAs) and key decisions regarding the extension of contract or award of bonus will be based on the review. NSFs will ensure that there is an SAI nominee in the Selection Committee. The budget for the foreign coaches will be capped to 30% of the overall approved budget of the NSF.

NSFs have been asked to follow the principle of “Atmanirbharta” in the field of coaching and encourage and train the talent available in India to attain the World level and NSFs have to ensure that at least 5 Indian coaches should remain with the foreign coach during his / her coaching assignment so that Indian coaches are also groomed and dependence on foreign coaches is reduced.

The remuneration of the Chief Coach and other coaches has been revised to Rs. 3 lakh and Rs. 2 lakh respectively from Rs. 1.5 lakh and Rs. 75000 per month respectively. In case of an employed coach in PSU, Railways or other organizations (Public/Private) is attached to a National Camp, then it will be treated as National Duty and an amount of Rs.50,000/- per month will be given as the attachment of the coach causes disturbance to the family although the pay is protected.

For procurement of sports equipment, NSFs have now been authorized to do the procurement on their own following the General Financial Rules (GFR) provisions. Earlier, NSFs were allowed to procure on their own if the value was up to Rs. 10 lakh and for equipment more than Rs. 10 lakh was to be done through the Sports Authority of India.

To enable NSFs to hire professionals qualified in the field of sports administration, level of assistance has been enhanced to 3% from the earlier 2% of the budget for the NSF Scheme.