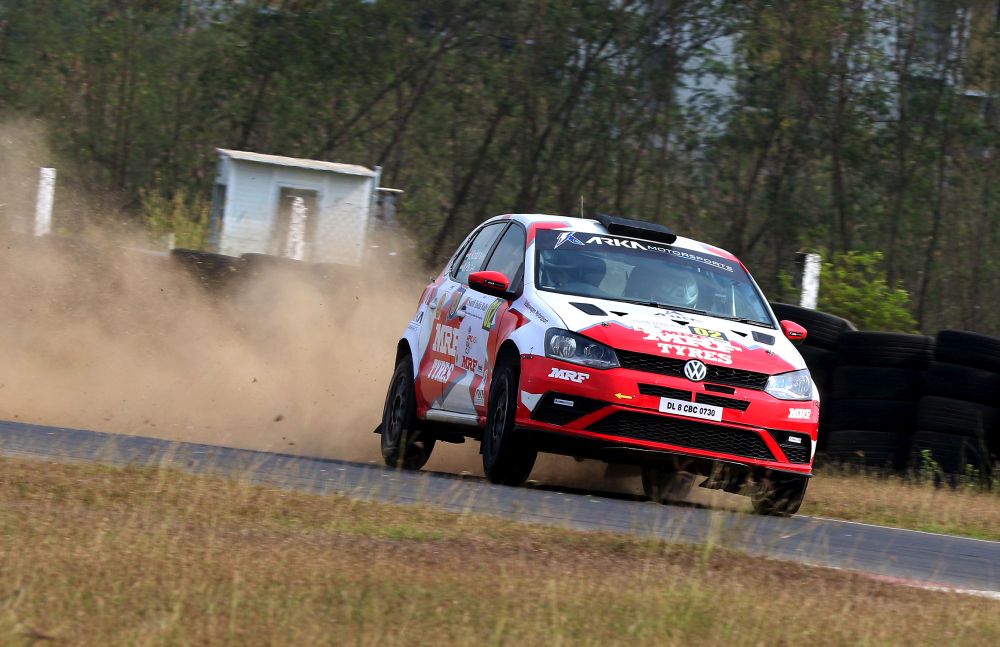 Bengaluru pair of Karna Kadur and co-driver Nikhil Pai (Arka Motorsports) survived a puncture and a cracked windscreen to seize the Overall lead in the 44th South India Rally.

This was in Chennai on Saturday.

On a day of topsy-turvy results  a big shocker was the early retirement of title favourite and seven-times National champion Gaurav Gill (co-driver Musa Sherif) after the lower arm of his Mahindra XUV 300 broke, but it was not known whether he will rejoin the Rally under the Super Rally format on Sunday when five more Stages would be run in the reverse direction, starting 7:27 am.

“We will take a call whether or not to compete tomorrow after examining the car tonight for any collateral damage,” said team engineer N Leelakrishnan.

Meanwhile, Kadur, despite the puncture and damaged windscreen, put in some consistent times to take a 19-second lead over Race Concepts’ Younus Ilyas (G Sanath) from Kollam, while Kolkata’s Amittrajit Ghosh (Ashwin Naik, Mangaluru) was running third, in the Asia Cup.

“We lost almost a minute this morning due to a puncture. I drove the entire stage on three wheels before changing. In the Aavisa Stage, a stone thrown up by (Gaurav) Gill’s car, as we passed in the opposite direction, cracked the windscreen which we taped to prevent further damage. That apart, we had a fairly trouble-free run, but tomorrow is another day. So, fingers crossed,” said Kadur.

INRC Overall championship leader, Aditya Thakur (Virender Kashyap) from Himachal was placed fifth behind Ghosh, and has an opportunity to win the championship on the morrow provided he finishes the event.

Thakur, winner of the first round in Coimbatore last month, said: “The going was good today, except for some issues with the ignition in SS-4. Tomorrow, we will push hard, but our focus would be on bringing the car back home safely. The set of MRF tyres were really good and provided good traction.”