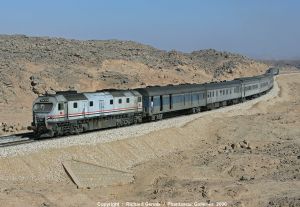 Nine new tracks, one gauge conversion, twelve doubling and three electrification railway projects falling fully or partly in Jharkhand have been taken up by the Indian Railways.

Completion of these projects will augment railway network by 1507 kilometers. An outlay of Rs. 509.4 Crore has been provided for these projects during 2013-14.

Choudhury said, 132 kilometers of new lines and 52 kilometers of doubling section projects falling in Jharkhand were targeted for completion during 2013-14. He however clarified that the targets were decided annually depending upon availability of resources and projects of individual projects. Also, the projects were undertaken railway-wise and not state-wise,he clarified.

On Nathwani’s question about steps taken for early completion of the projects, Choudhury stated that steps were taken to generate extra-budgetary resources through state participation, defence-funding, declaring some projects as National Projects and implementation of bankable projects through Rail Vikas Nigam Limited (RVNL). He added that forestry and other clearances were taken up with the State Government at highest level to expedite completion of projects.