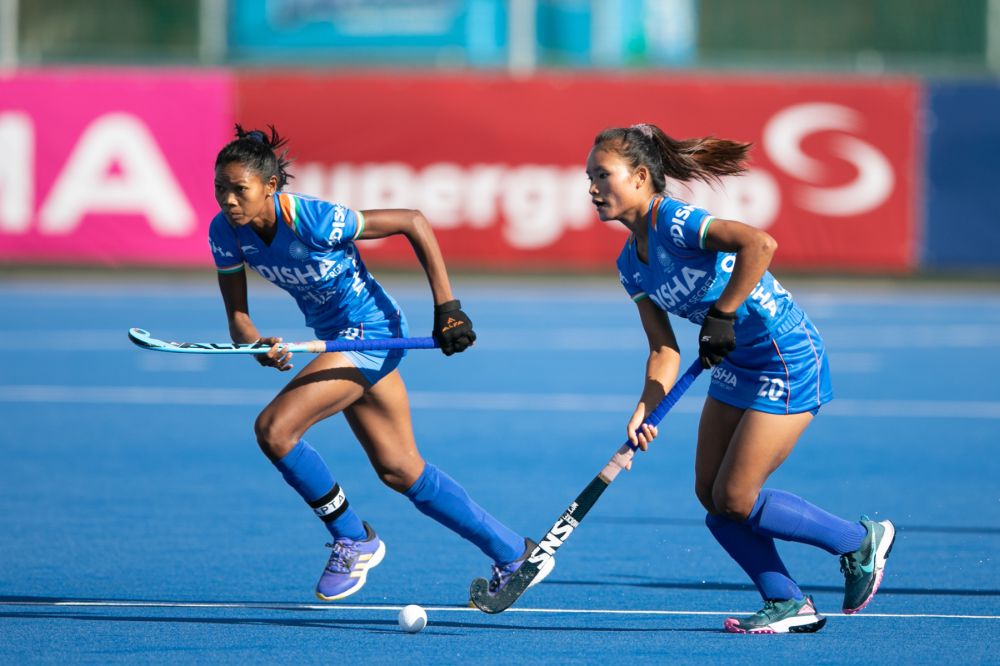 India played to a strategy, creating space in the attacking circle from the word go. Their efforts paid off when Mumtaz made a brilliant deflection off a good assist from Lalrindiki in the 10th minute and in the very next minute, she assisted Sangita Kumari, to give the side 2-0  lead.

The Salima Tete-led team built on their game in the second quarter, while defence stayed firm. Goalkeeper Bichu Devi again hogged the limelight as she made some important saves that kept up the pressure on the Malaysians.

India did extend the lead to a comfortable 3-0 in the 26th minute when Mumtaz scored after intercepting a pass from Lalremsiami in the circle.

However, India was disappointed with their PC conversion as they won 7 PCs during the course of the match but couldn't find success in converting them. While the Malaysian PC defence was spot on, India's execution was not up to the mark.

Not letting these missed opportunities affect their rhythm, the Indian Junior women much like their senior counterparts, rallied on their fitness to keep up the speed and energy in their game even in the final moments. Their defence, on the other hand, kept the Malaysian attack at check, not allowing them to create space in the circle.

The final quarter saw Malaysia put all their heart into stopping India from extending their lead. After several attempts, through potential shots on goal and a couple of PCs, India finally were able to score from a well-worked combination. It was Mumtaz Khan who picked up a good assist to increase the lead to 4-0.

After securing a fine win, Captain Salima Tete, also named Player of the Match, said, "It was a team effort and we are happy with the way we played. It feels great to go into the Quarterfinals without losing a single game. But the tournament actually begins now with the knockouts starting."